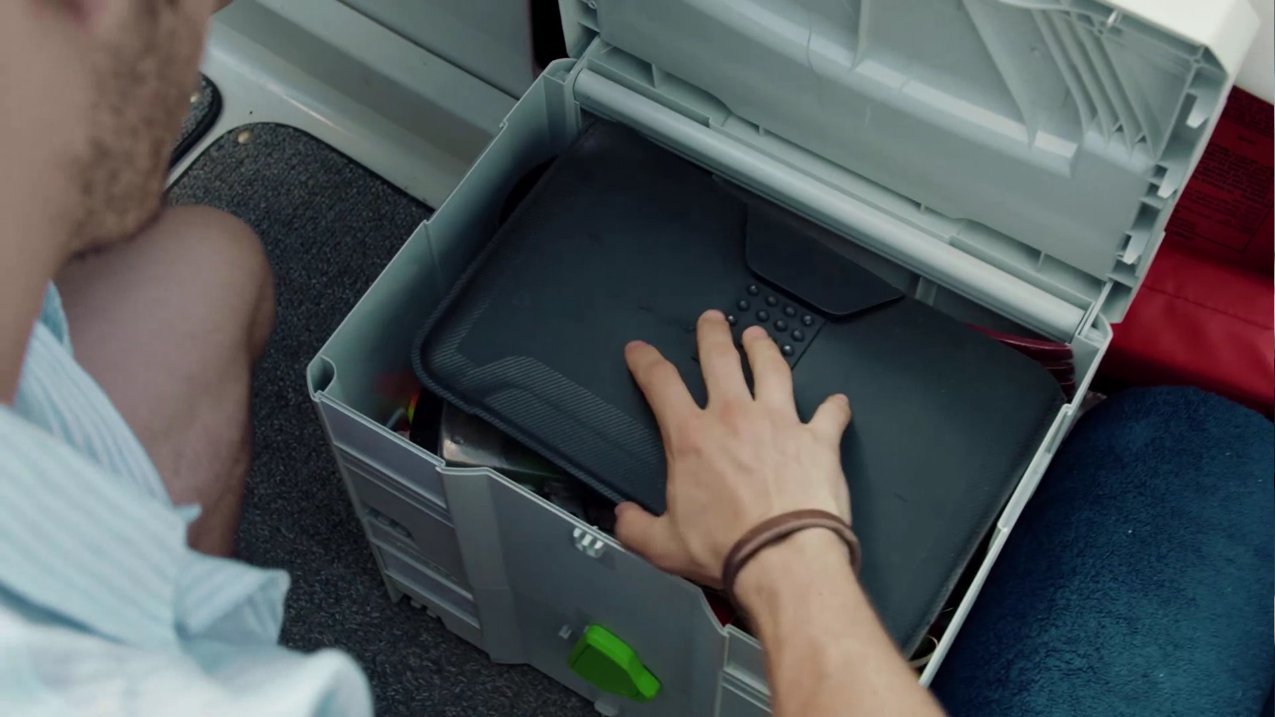 Looks like Verizon is at it again, teasing us again through its DroidLanding Twitter account with what will be the carrier’s next hot DROID device. And, if the almost obvious hints are to be believed, we may be seeing a much awaited and talked about Motorola tablet coming soon to Big Red.

With the highly successful launch of Motorola’s highly customizable Moto X flagship in August, there has been growing talk around a tablet being the manufacturer’s logical next step. After all, who wouldn’t want to have all that Moto X goodness, which you can read about in our review, in a tablet form? And now that Motorola is Verizon’s exclusive partner for the DROID line of devices, it seems that such speculation will indeed come to pass soon. 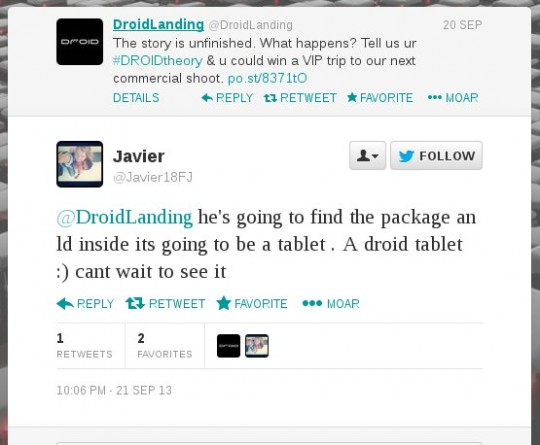 DroidLanding has been Verizon’s promotional arm for its DROID products for quite some time now, with contests that included an augmented reality scavenger hunt conducted two years ago for the DROID Bionic. Now it is teasing the public with a video straight out of a secret agent/transporter flick, involving a beautiful and mysterious lady as well as a package that, for all intents and purposes, resembles a tablet. You can see the whole four-minute teaser video below.

DroidLanding seems to be confirming this hypothesis as it retweeted one contest entry that suggested a DROID tablet inside the secret package. We’ll just have to wait for the next chapter of the mystery when the video goes up in October to get more hints about this mysterious package.