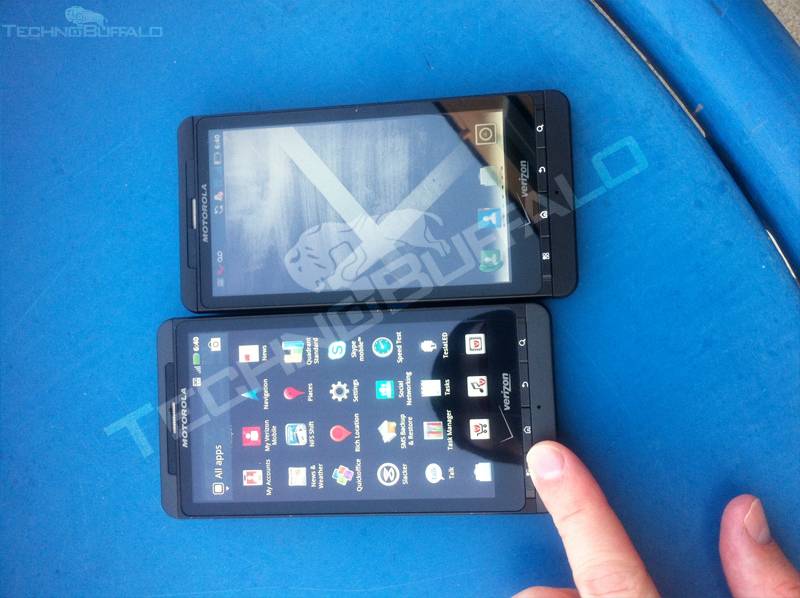 The funniest thing about Area 51 is it’s the worst kept secret in the federal government. Everyone knows it’s there but Uncle Sam. Now what does this have to do with the headline? Everyone knows about the Droid X2, but Motorola won’t fess up about it. Even when there’s this video and images of it in action ….

It’s almost like a scene from a Spy movie. The faceless hands takes the Droid X2 and hits all the buttons, showing us several features, and then snaps off a handful of images. From what we can see, the Droid X2 is almost identical in design to the Droid X. And the resulting quadrant test shows a result of 2453, showing it’s blazing fast.

It runs Android 2.2 (Froyo) currently, but word is it may ship with Gingerbread. Other specs include a 4.3″ qHD screen with 960×540 resolution, a 1.2 GHz NVIDIA Tegra 2 processor, and 768MB of RAM. There’s also an 8MP rear facing camera with dual LED flash that’s capable of also capturing video at 720p HD. The rest is the usual connectors ranging from micoUSB to microHDMI. There’s no word on pricing, but a strong hint that Motorola will confirm a release come mid May. Yeah, we’ll believe it when we see it.