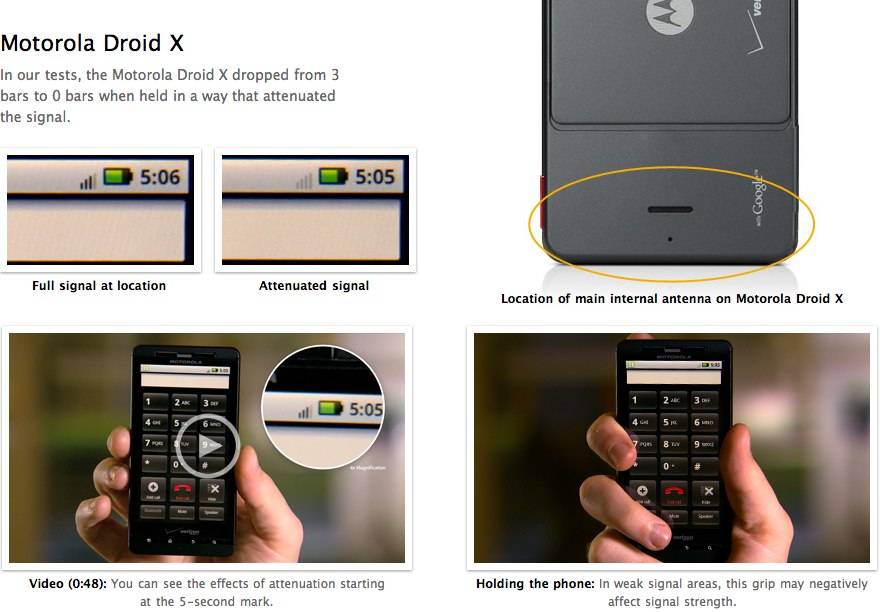 Apple has already used the HTC Droid Eris as an example for why the iPhone 4 antenna issue is an industry-wide problem rather than something they alone face, and now they’ve spread their net to include one of the must-have Android smartphones of the moment, the Motorola DROID X.  Fresh to the company’s antenna testing page is Verizon’s latest Android handset, showing how a tight grip around the lower portion of the rear of the DROID X is enough to knock if from three bars to zero.

“In weak signal areas,” Apple concludes, “this grip may negatively affect signal strength.”  Of course, they don’t actually say that will result in dropped calls, but that’s certainly the implication.

We’ve not had any reception issues holding our DROID X review unit in a regular way, so we’d be interested to hear if those Android Community readers who have been able to buy the coveted smartphone are experiencing the same problems that Apple are highlighting.  Let us know in the comments!

[via Engadget – thanks James!]