Now that the Droid X is official, and the press conference itself is over, we can finally get some hands-on time with the brand new device announced not just by Motorola, but by Google, Adobe, and Verizon Wireless as a collective mass. It’s a beast of a device: featuring a 4.3-inch 16:9 capacitive touchscreen display, a 1GHz OMAP processor under the hood, with Android 2.1 at launch, and an expected update to Android 2.2 “later this Summer.”

So, with that in mind, and plenty of other extras you can read about right here, at the official launch page, take a gander at the videos below, and take the Droid X in. Because you need to. Without saying as much, Verizon, Motorola, and Google are positioning this as the iPhone 4 combatant, and even if you’re not a huge fan of Android, one probably couldn’t argue that truth.

So, go ahead and take in the video. And, of course, this goes without saying, but we’ll say it anyway: let us know in the comments what you think of the new Droid. Is it going to be your next phone? Already waiting in line? Let us know! 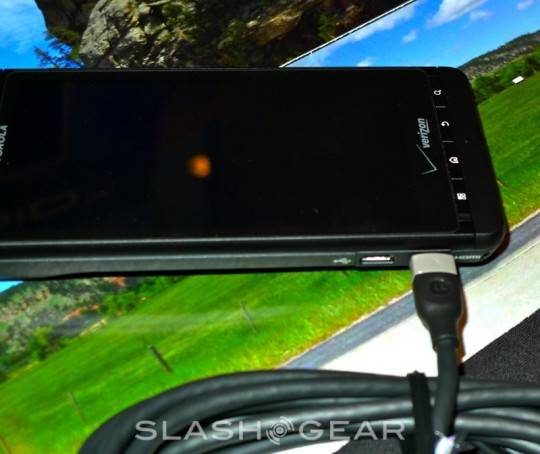