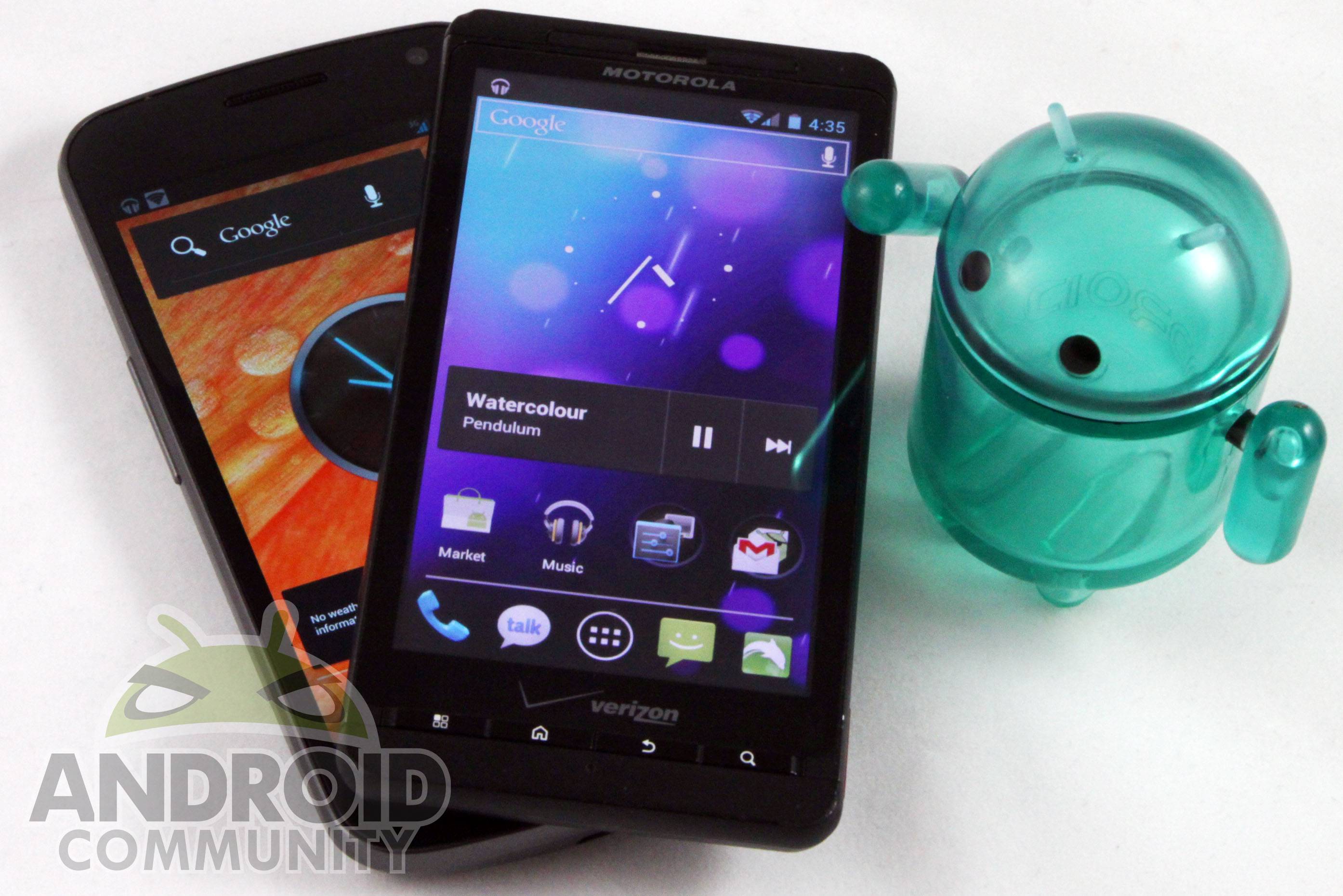 The DROID X remains one of the most popular models of Android phones on Verizon, and no one who bought one on a contract back in 2010 (like me!) is eligible for an upgrade any time soon. So it’s great to see an active modding community around this solid phone, despite Motorola and Verizon’s continued stance on a locked bootloader. The latest project from RootzWiki for the venerable DX is a port of Android 4.0 Ice Cream Sandwich.

That’s no small task, as the Droid X is still restricted to using the latest Gingerbread kernel from Motorola. That means that while newer ROMs can use the Ice Cream Sandwich software and expanded user interface, certain upgraded features are just impossible, and getting anything to work correctly is a major pain. Most of the essential features of the CM9-based “EncounterICS X” are working, including Internet access and calling, GPS, WiFi, audio and hardware buttons. There are still problems getting the camera, voice input (excluding phone calls), MMS and the speakerphone to work, and various apps like the gallery and calendar have major bugs.

These issues keep this early ROM from being a serious contender for your daily driver, but it’s still very cool to see ICS running on “locked” hardware. The lads over at RootzWiki are nothing if not tenacious, and most of these issues should see progress in the next few weeks. And after all, it’s not as if the official Ice Cream Sandwich software is completely without it’s faults. Remember: make an Nandroid backup if you don’t want to lose your existing ROM!