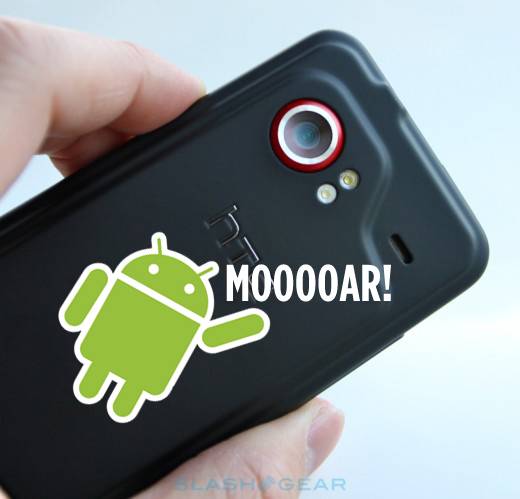 We’ve just been passed a fabulously juicy bit of information regarding the DROID line of phones hanging out at Verizon. Each of the following: Droid X 2, Droid 3, and Droid Incredible 2, have been confirmed for future release. Much more than that we do not know, but rest assured, they’ll be on Verizon, and they’ll be coming out more than likely sometime this year. I KNEW they’d not stop Droid anytime soon – why else would they keep a gigantic billboard saying DROID DOES APPS up the whole summer right on top of First Ave in Minneapolis?

For real, all summer long. That billboard. I’m excited about three new Droid phones, are you? Maybe we’ll even see a special edition C-3P0 this time around. Also note that earlier today we got word of additional support for the first or second versions of each of these phones via CyanogenMod – all Droids active at all times!