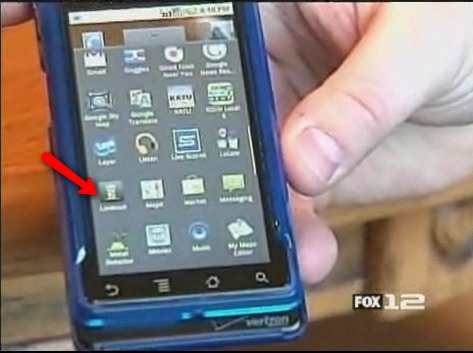 If you ever had a cellphone stolen before, then you know how frustrating it is, especially if you never recover the device. Luckily if you own an Android handset with an application named Lookout, you have a better chance nowadays.

According to a story on Fox 12 Oregon, some 15 year old kid broke into a house 2 days before Christmas stealing 2 mobile phones and a laptop amongst other things. One of the stolen phones was a Motorola DROID equipped with the app lookout (shown on the image above).

The app automatically uploads pictures taken with the handset to your lookout account, so when the victim logged on to his lookout account he immediately noticed some new pictures that weren’t his. Soon after the police had the suspect under arrest (the thief took pictures of himself), but they believe there’s still an accomplice on the loose. There’s no word if the thief was an iPhone fanboy or not.