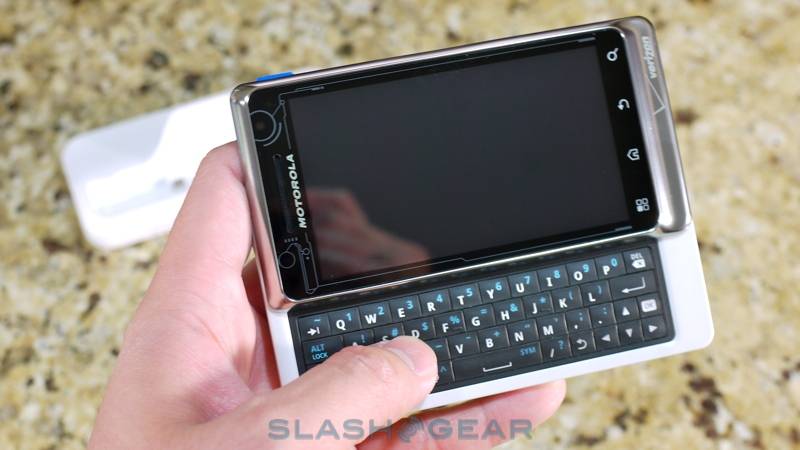 “The Force is strong with this one”; “This could be the DROID you’re looking for”; “Don’t be too proud of this technological terror you’ve constructed.” The Star Wars clichés almost write themselves when it comes to Verizon’s new DROID R2-D2 by Motorola special edition so stand well back and clutch your beloved DVD box set close. Although creating limited editions of smartphones isn’t new, it’s rare that they prompt the level of interest this Star Wars model has; Verizon and Motorola have obviously discovered a rich seam of Android-loving Star Wars crossover fanatics.

To give the companies some credit, they’ve not simply slapped on an R2-D2 sticker like George Lucas slotting in a bounty hunter and calling it a day. Where the original DROID 2 is dark blue and black, the Star Wars edition is silver and white and has high-quality printing on the battery panel and around the camera lens panel. There’s also a stylized “R2-D2” logo on the back of the screen section, and some discrete decoration around the touchscreen itself. If you’re not a Star Wars fan – what, really? – then you might find it all a bit garish, but short of reworking the casing with three legs and a pico-projector we’re pleased with what Motorola has delivered. 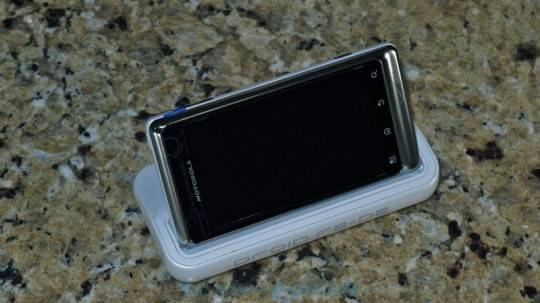 Underneath the decorative chassis, of course, is the regular Verizon DROID 2, which we reviewed some time back. That means you get the same 3.7-inch touchscreen, slide-out QWERTY keyboard (with buttons much improved over the first-gen DROID) and 5-megapixel camera. At its core it remains one of our preferred handsets if you demand a physical ‘board with your phone, but it’ll face strong competition when the T-Mobile G2 finally arrives at the beginning of October. Motorola also includes a Star Wars media dock, though they missed a trick in not making it look like R2-D2 complete with tiny legs. 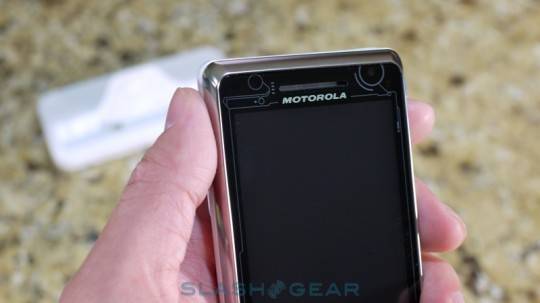 As for the software, there’s Android 2.2 and the same MOTOBLUR-inspired tweaks that we felt the regular DROID 2 didn’t really need. There’s also a fair amount of exclusive Star Wars content, which will inevitably be ripped from the ROM and offered to other Android device users. Still, they round out the DROID experience well, with R2-D2 noises for your ringtones and messaging alerts, an R2-D2 clock widget and a choice of four Live Wallpapers (Blast the Probe Droid, Luke Balancing Yoda, Navigating the Asteroid Field and Watch Bespin’s Cloud City). None of it could legitimately be described as information vital to the survival of the rebellion, but it’s better than nothing. 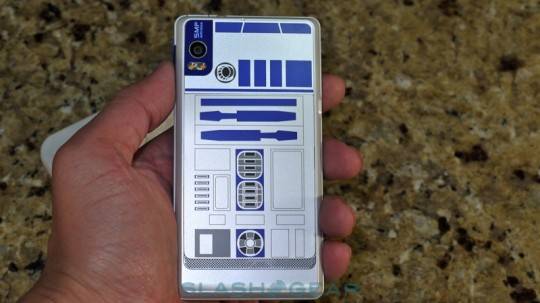 More details on the Verizon DROID R2-D2 by Motorola in the unboxing video and hands-on gallery.