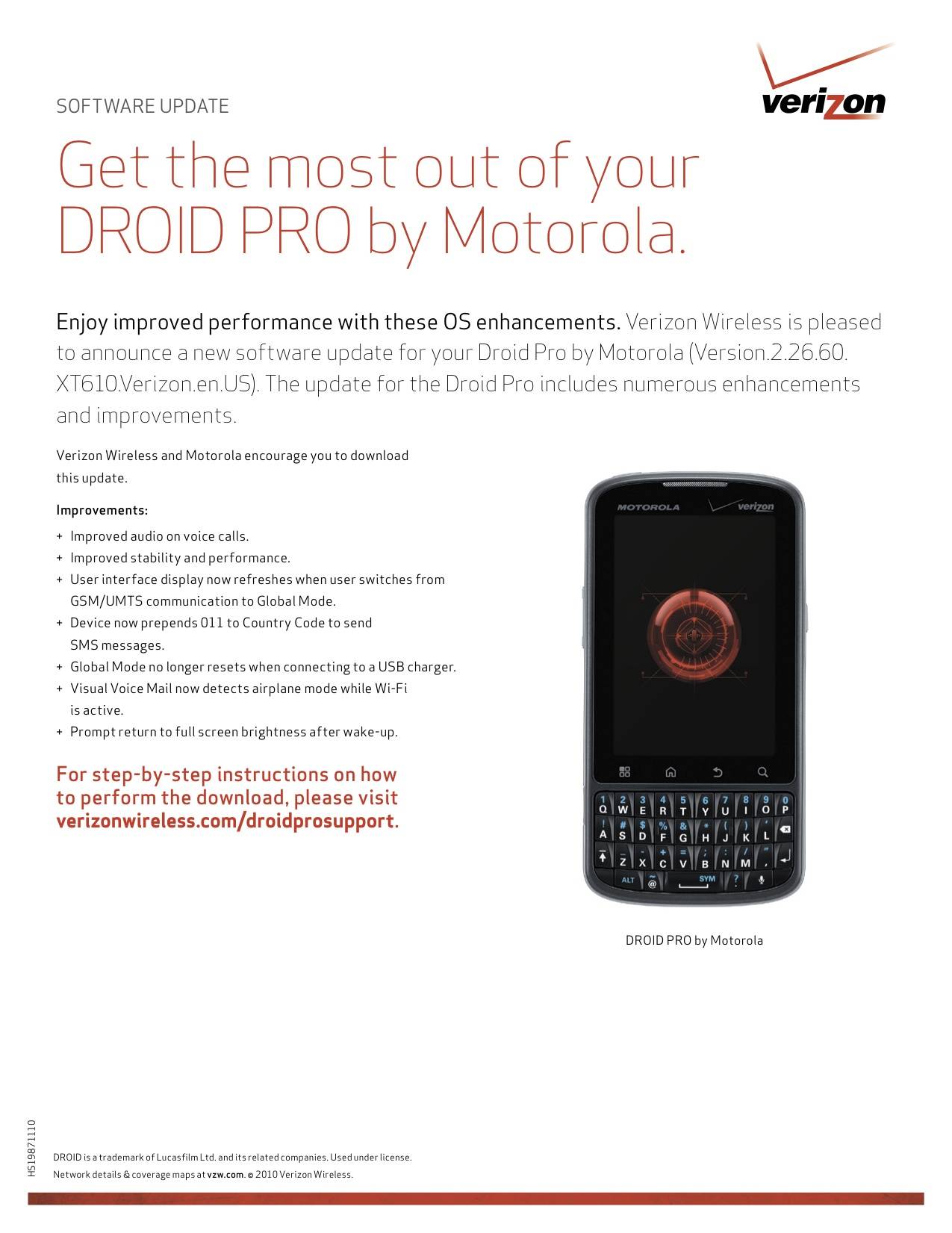 The Motorola DROID Pro has just received an update, and with it comes an array of new features and bug fixes. The update, version 2.26.60, is not currently being pushed, but you can download it directly from your phone now.

To start the download, head over to: Menu > Settings > About Phone > System Updates, and you will then start the update manually. The update does remove root, but common rooting methods are still working post-update.