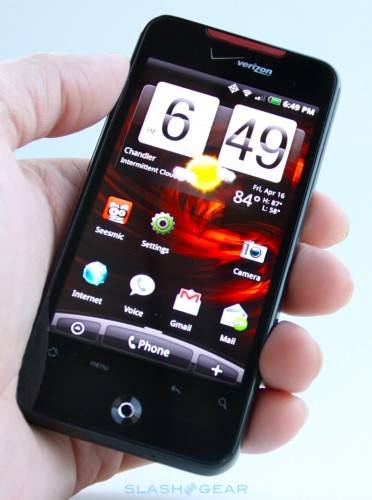 Recently HTC phones have been a hot commodity, their latest releases have all sold out immediately after it’s released. Some of them have even sold out before they’ve been released. The Droid Incredible is no exception, it is currently sold out nationwide.

Verizon CEO Lowell McAdam is pointing the finger at Samsung who is the manufacturer of the AMOLED display that used on the Incredible. He also states that if the Incredible was readily available he believes it would’ve outsold the Droid. The Incredible sold 100,000 units when it was released and shipments since then has quickly sold out also.

Verizon claims that online orders will be fulfilled by June 3rd. McAdam also said that Verizon will slow down its shipments to stores to try and keep up with online orders. Right now, ordering online may be your best chance of getting your hands on one of these.