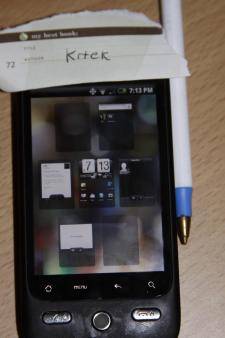 There’s quite a few Verizon Droid Eris owners out there hankering for the features only available to newer Android versions, considering the last alleged update was something of a slip-up.  An updated build has been leaked on XDA Developers, and the link to instructions is available after the cut.

While this appears to be a genuine 2.1 update, we’re still wondering when an official update will roll out.  We’re still watching out for video to surface anytime soon, as there’s only a snapshot to verify the build for now.  Check it out here.