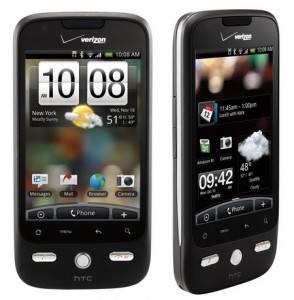 Android 2.1 may be the last official update to the Eris from Verizon. They have decided to end support of the Eris, it was the launch partner of the original Droid. It’s still possible that HTC may choose to still support the handset but that is highly unlikely. If you want 2.2 on Eris you might want to root it or be satisfied with 2.1.

We’ve actually known about the short life span of the Eris a month after it was released. But what’s surprising it the fact the Incredible may be joining the Eris in an early retirement. Recently there has been an internal document leaked from Verizon that has every device in their inventory that is on the chopping block. 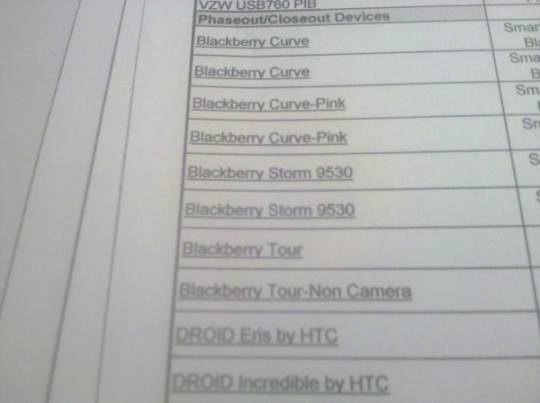 You can clearly see that the Incredible is on this list with the Eris. If you’re a BlackBerry fan, you’re already aware that the Tour was replaced with the Bold. And now the Eris is gone, so if this isn’t a mistake the Incredible might not make it past the fall. This is a tough one to swallow, the Incredible has been one of the hottest selling phones and it has been sold out almost every time it’s back in stock. Do you believe this document is real?