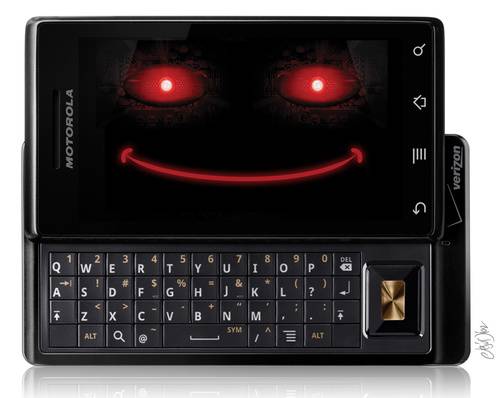 The awesome Android modding community continues to amaze. One of the hardest things to do is port a GSM ROM ot a CDMA phone. Koush, has recently ported the latest and greatest cyanogenmod to the Droid. Cyan’s Rom’s are always near the top of the hill in the custom ROM world. This is a luxury that was previously only available to users with HTC branded phones until now.

Recently there has been a push to port cyan’s ROM’s to non-HTC devices, there are two beta ROM’s at ModMyMoto for the Ciq which suffer from multiple bugs. But for the Droid, early reports from users has been positive. Users state that it’s very fast and stable which is a staple of cyan’s work. CyanogenMod’s add a new dimension that is unmatched by the stock firmware in a manner that makes your phone feel totally different than it did when it was stock.

Head over to cyanogenmod to try it out. Welcome to the world of cyan Droid users, enjoy!!!