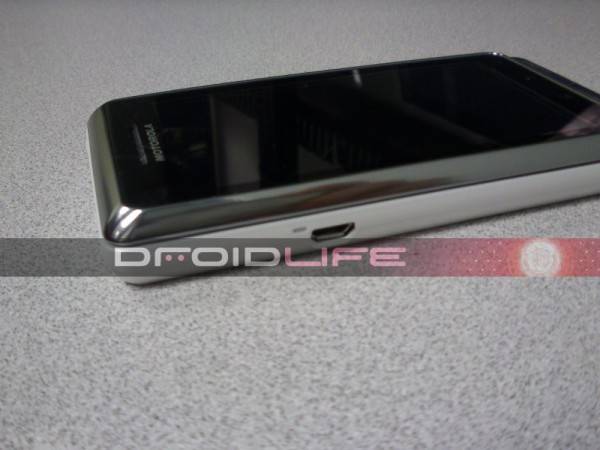 The device has a 3.7-inch screen, and not the slightly larger 4-inch that we had hoped. The white on silver offers up a completely different look than the Droid 2 gun metal tone and the contrast really makes the device look great.

Current rumors point to the Droid 2 World Edition to be outing the original device, making it the only Droid 2 on Verizon’s lineup. This makes sense not only business wise but also from a manufacturing perspective, why not just make one phone rather than 2 when they are so similar? Hopefully, this phone will keep it’s $199.99 price-tag, early adopters of the Droid 2 may not like this all too much.