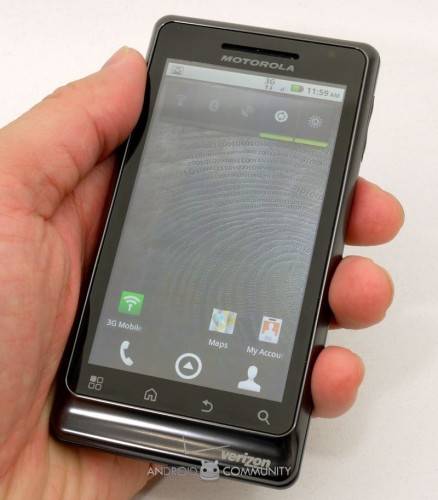 We recently had a Droid 2 to review and wanted to highlight some of the key points about the Droid 2. Being that the original Droid was launched almost 9 months ago, Motorola felt that it was time to update the design with some better internals and updated externals.

The Droid 2 is a more slimline polished device than it predecessor. The device has a more sophisticated look and compared to the older keyboard, the newer design is much improved. The keys are slightly domed now instead of flat, the D-Pad was taked away from the side, and arrow keys were added to allow for more room on the keyboard. 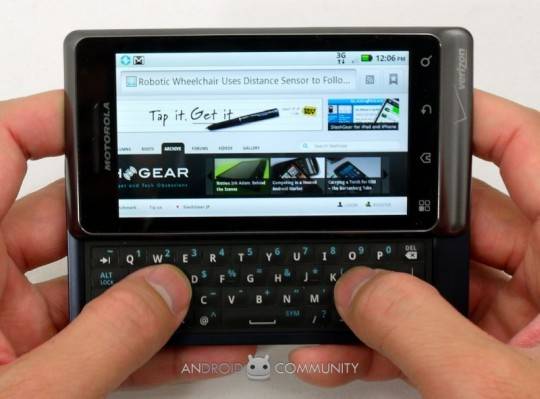 The display is still a 3.7 inch 854 x 480 capacitive LCD touchscreen and is a very nice looking screen, but is not up to par with the higher day standards like the iPhone 4 and Super AMOLED displays in the Galaxy S devices. Overall the shape of the device is the same, and all the older accessories will still work with the new design. 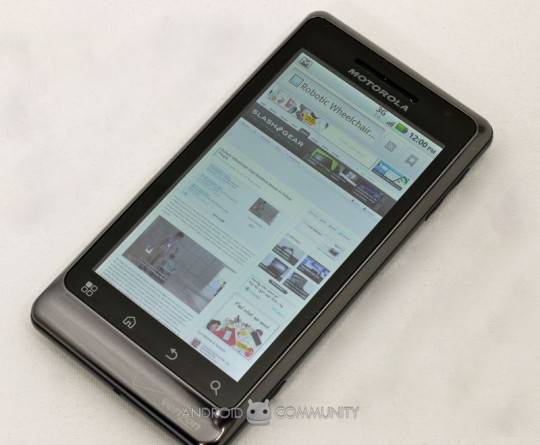 Internally the Droid 2 is powered by a 1GHz OMAP 36×0 series processor, and 512 MB of ram, which is twice as fast, also with 2.2 running the device it is real snappy and quick. Speed improvements are drastic, even when compared to the Droid X running 2.1. Noting the original Droid is getting the 2.2 update also, and we are aware that skinned OS updates lag, we do not feel that BLUR adds enough to the plate to push out the update schedule.

The same camera UI is available here as on the Droid X, and we were not real impressed with the pictures taken. In low light situations the pictures were grainy, and even with the flash they had a tendency to look blurry. The outside shots had decent color balance, but lack the fine detail when blown up to a larger size. Video camera is lacking the 720p video that most devices are coming with today and even though they are blurry at times, the color balance is reasonable.

Other additions to the software are, Swype keyboard, Mobile Hotspot app, and despite an upgrade to ActiveSync the device still has some issues with Exchange. Available in the browser was also Flash 10.1 and it played video decent, but the higher bit rates did slow the device somewhat.

Noticed in the call quality were constant signal and call issues. Internet seemed to change speeds at times, and some calls were ended prematurely with the smallest change in position. Other than that, the call quality was strong and clear and we expect to see Motorola put out a firmware update to address the situation. Lastly we wish Motorola would have made this a world-phone so that when we traveled out of the country, it could be used on other networks that support GSM standards.

In conclusion, we asked if Motorola had made enough updates to justify pushing forward with the design. With the upgraded processor, RAM, and keyboard it is much improved, but running BLUR on top of Android 2.2 along with the not so great camera, has us undecided still. If you need a device with a keyboard on Verizon, this could be a good choice, but to upgrade from an original Droid we do not feel that it would be worth the money and effort.