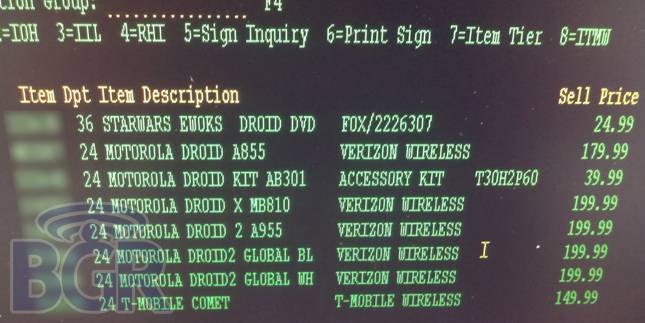 Last week we saw Verizon’s official rebate form for upcoming devices hit the web, and with it we saw two SKU’s for the Droid 2 Global. First many thought that it could simply be two new color options, but speculation also rose that it may be the Droid 2 Global that is going to see the business camera-less version.

Now, according to a screenshot that was leaked onto the internet, we see that the Droid 2 Global will be coming in “BL” and “WH” (Blue/Black, White). With the Droid 2 now discontinued, the Global will be the new option for users who are looking for a Droid on the Verizon network with capabilities similar to the original Droid.