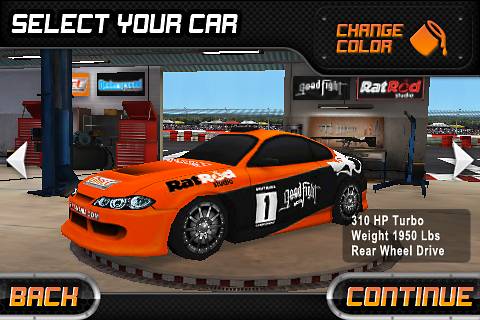 Android sure is the focus of games this week. First with news that smartphones are ultimately replacing dedicated devices, then with the release of Madden 11 for the DROID X and Mega Jump confirmed to be on track for December release, we are starting to see a huge increase in games available for the Android Platform. Continuing this trend, a popular iOS racing game, Drift Mania Championship, is now available for download via the Android Market.

Drift Mania Championship is compatible with Android phones supporting a resolution of 800×480 or 854×480. This includes devices such as the Nexus One, Samsung Galaxy S, the Motorola Droid family and dozens more.

The iOS counterpart has seen of 2 million downloads, and although that doesn’t mean much in terms of expected quality, it definitely makes it worthy of a try.

You can download Drift Mania Championship now in the Android Market for $.99.
[Via EuroDroid]