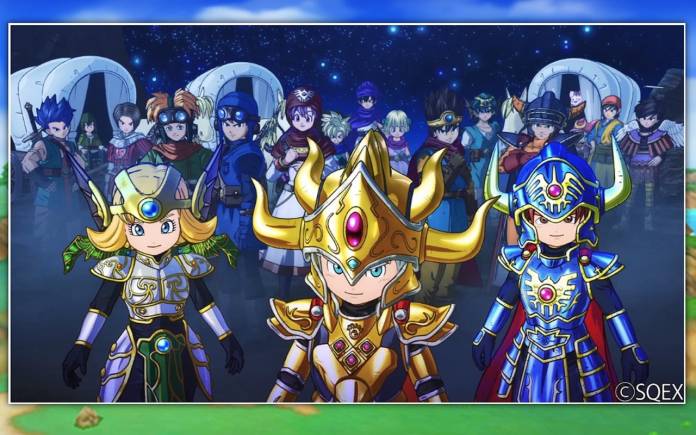 Dragon Quest Walk by Square Enix is coming to AR soon. That’s what we told you back in June. Today, we’re learning about the new version of the RPG DRAGON QUEST OF THE STARS. It will come in early 2020 to the West. Registration starts today for gamers in select regions. If you wish to join the Closed Beta Test program you can sign up on dragonquest.com/ofthestars. The official release of the new RPG title is months from now but having early access can be exciting.

The new Dragon Quest game is only for Android. If you’re joining the beta, your device must run at least Android 4.1. Beta is limited and users will be selected randomly. Sign-up now HERE and wish your account will be chosen. Note that in-app items will be available in the beta program but a limited amount of gem bundles will be provided for the players.

If you’re a beta tester, your progress can be saved but it will not carry over to the public version of the game once ready. Another reward apart from the privilege of early access and the gameplay experience, a tester will also get a special reward from Square Enix.

DRAGON QUEST OF THE STARS has been popular in Japan with an impressive 20 million downloads now. The game was designed by manga artist Akira Toriyama. The journey is set in an intergalactic environment that will have you trying to stop the planets and other worlds for being destroyed. You can choose to play in solo mode or with two companions. Multiplayer modes are also available.

If you’re familiar with other classic DRAGON QUEST series monsters, you will be seeing most of them here. You will need to learn to activate skills strategically and gear up with powerful attack combos. You may also need to choose one food item and four items to bring to a battle. Make sure you are prepared and you’ll have a competitive edge.