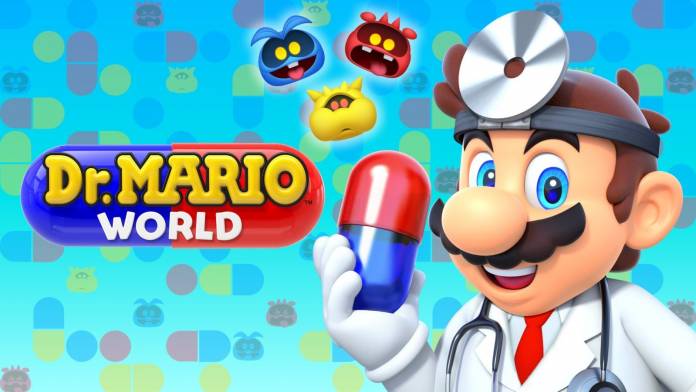 If you’re already fed up with Candy Crush and various match 3 puzzle games but you’re a fan of arguably the most popular Nintendo character, Super Mario, this new game might be a good time-waster. Dr. Mario World is now available as a mobile game for Android devices. The game features the titular plumber who is apparently now a doctor and is trying to cure people’s diseases by matching capsules and viruses or basically just matching items with the same color.

Dr. Mario World is free to play just like most of the match 3 puzzle games you can find out there. The mechanics are also basically the same except you have Mario and friends as the main characters here. You have favorites like Peach, Bowser, Goomba, Koopa Troopa, etc and all are in the medical field now. In case you still need a back story to play a game like this, “a colorful cast of viruses” are causing wide-spared panic and your task is to eliminate pesky viruses by using the colored capsules.

We first found out about this game back in February when they were teasing a new Super Mario mobile game. The trailer was released just last month and now it’s available to play but not yet in all territories. While it’s free, there are also in-app purchases that range from $1.99 to $6.99. Lest you think that no one would probably spend real money on a puzzle game, remember that games like Candy Crush make tons of money from those IAPs.

While Nintendo still places a lot of stock on its gaming consoles, they’ve also been exploring mobile games and would sometimes release games on the latter first before the former. Pokemon Go is, of course, their biggest success story along with Super Mario Run, Fire Emblem Heroes, etc. They’re hoping of course that Dr. Mario World will also be a hit for a different subset of mobile gamers.

You can download Dr. Mario World from the Google Play Store for free. No news yet when it will be available in all markets but it will probably be sooner rather than later.