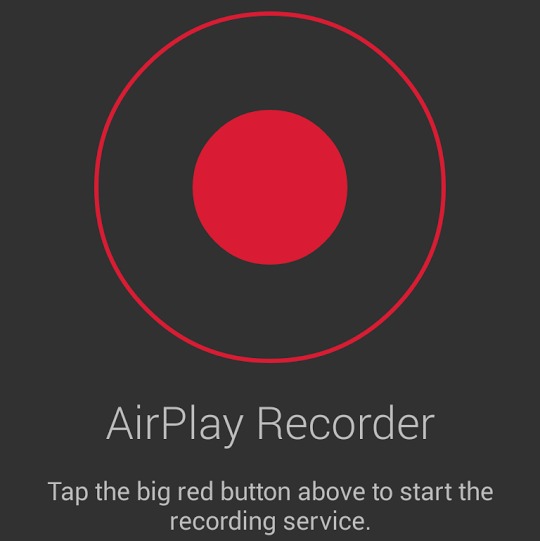 If you’ve ever wanted to have a copy of your iTunes Radio content on your Android device, then doubleTwist might just have the app for you. From the makers of the popular music player comes AirPlay Recorder, which, given a few caveats, tries to do what its name says, that is, record iTunes music via AirPlay.

The way it works is quite simple. Utilizing Apple‘s AirPlay protocol, the app tries to record anything that’s playing on iTunes. Simply play in iTunes and then select “dT Recorder” as the AirPlay device recipient and the streamed audio will automatically be recorded on your Android device.

The entire setup is less than perfect, however, which is no surprise considering this is probably beyond Apple’s intentions for the protocol. For one, due to AirPlay being a real-time streaming process, one has to record as long as the music is playing. That is, a 5-minute song needs 5 minutes to record. Another is that the process is very dependent on your network connection, so the app will keep your display lit up while recording in order to prevent the WiFi connection from sleeping.

doubleTwist AirPlay Recorder is available for free on Google Play Store but an in-app purchase will allow you to get higher quality AAC VBR recordings. As noted, however, AirPlay is heavily dependent on network quality so there might be some packet loss. The app, however, will only save a recording if it was completed without problems.