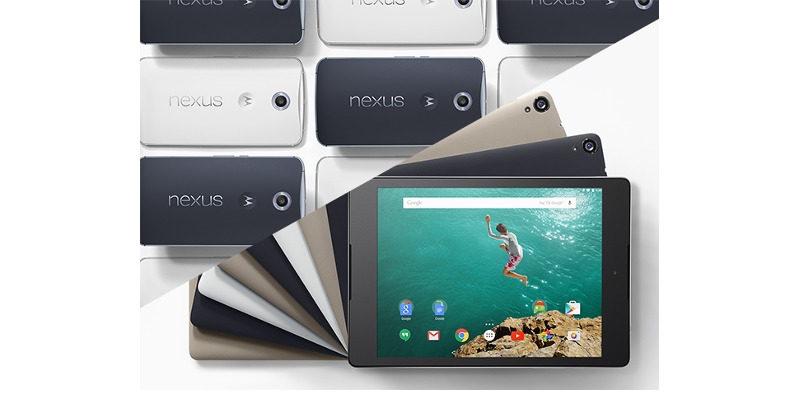 If you’re dying of envy of those who were able to get their hands on a rare Nexus 9 or an even rarer Nexus 6, now might be your chance to catch up. In fact, you might even be able to one up those who have gone out and bought the new Nexus devices already. With this Double Nexus promo, you not only get the chance to win a Nexus 6 or a Nexus 9, you will actually be able to grab both!

That’s some candy overload there. Because, you know, these two both come with Android Lollipop pre-installed. You’re probably familiar already with the devices, but we’ll still give them a quick rundown in case you need to jog your memory. The Nexus 9 is HTC‘s return to the tablet market, and it is a comeback worth noting. The 8.9-inch screen boasts of a 2048×1536 pixel resolution, pushed by the high-performance gaming-oriented NVIDIA Tegra K1, specifically the 64-bit Dual Denver kind. Like with HTC’s flagships, the Nexus 9 has dual front-facing speakers with HTC’s BoomSound tech. The Nexus 6, on the other hand, comes straight out of Motorola‘s book. A slightly larger version of the new Moto X, this one comes with a 6-inch QHD screen, powered by Qualcomm’s 2.7 GHz quad-core Snapdragon 805. The smartphone’s already large 3,220 mAh battery is assisted by Motorola’s Turbo Charge feature, giving up to 6 hours of battery life in just 15 minutes of charging.

You can probably stop drooling now, just long enough to actually get your entry in. To join this giveaway, you have to simply click on ENTER NOW and provide a valid email address, making doubly sure it’s valid because you will be contacted through that email address if you turn out to be the Chosen One. You can increase your chances by sharing on Twitter and getting others to join as well. Do be aware that only one registration will be accepted per person, and using more than one email address is immediate grounds for disqualification.