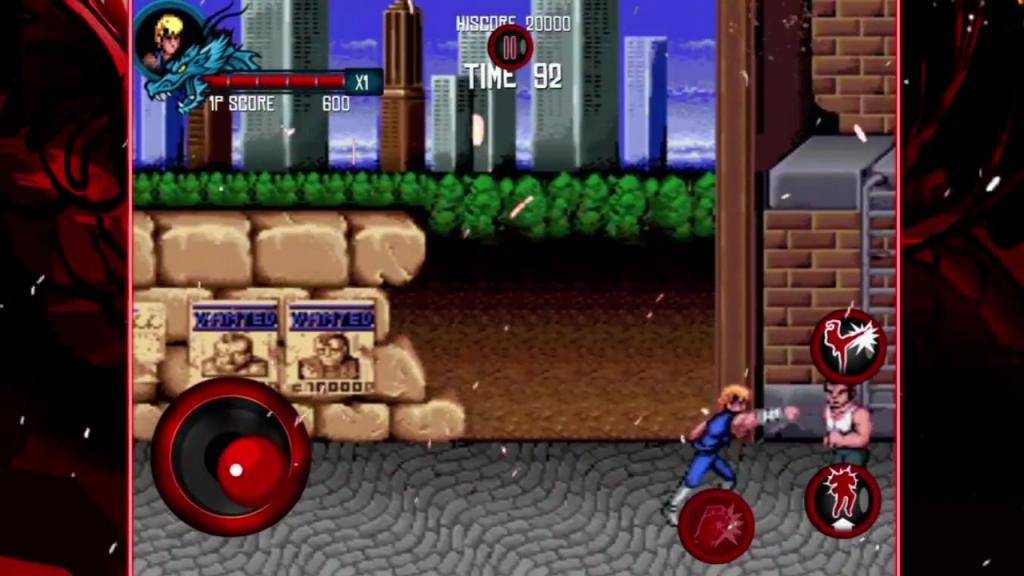 When it comes to bringing beloved classic game title to mobile, no name is probably more popular than DotEmu. The game developer and publisher is on a roll as it brings not one but three Double Dragon titles to Android before the end of the year.

Thanks to mobile gaming and the ever increasing capabilities of mobile devices, we are seeing a sort of renaissance of “old school” gaming. Not only is there a growing number of modern games that emulate the visual style or gameplay mechanics of older games, we are also seeing old titles return and become available for a generation that did not have the pleasure of playing these games.

One such popular classic title is Double Dragon, a series of side-scrolling fighting games that revolve around the adventure of martial arts siblings Billy and Jimmy. The Android and iOS port will include all titles from the trilogy, including Double Dragon, Double Dragon 2: The Revenge, and Double Dragon 3: The Rosetta Stone. The game features a straight out fighting Arcade mode as well as a narrative-driven Story mode. Players will be given three difficulty options of mobile, original, and expert. The port will let users choose between the original 8-bit soundtrack and a new remastered version. And of course, it will have the usual staples of mobile games today such as achievements and leaderboards. As a bonus, the game also includes a co-op mode via Bluetooth, reminiscent of two-player games of old.

There is no exact date when the Double Dragon Trilogy will be hitting Google Play Store, but DotEmu says that it will be available end of the year. Those who shun virtual d-pads and buttons will be happy to know that DotEmu has added support for most Android controllers, for a more authentic button mashing experience.