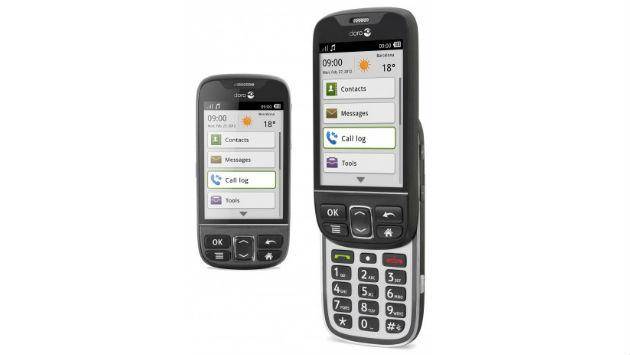 As someone who has personally tried to teach basic operation of a DROID 3 to a septuagenarian, let me tell you, it’s not an experience to be relished. Despite manufacturer’s claims to “Simplify” the admittedly complex Android user interface with a new skin, it’s just as hard if not harder for the non-technically inclined to learn basic smartphone operation these days. Enter Doro and their PhoneEasy 740, an Android slider handset that’s designed with an eye towards people who are, uh, rich in years.

Recalling similar but less capable devices like the Jitterbug, the PhoneEasy 740 combines a simplified interface with big, easy-to-push buttons to make for a smartphone that’s got more in common with the standard landline cordless handsets. Naturally the primary focus is on making and receiving calls, but those who want access to texting and web browsing won’t be left out. The phone is designed as a T9 vertical slider, a form factor that’s still pretty popular among feature phones.

Sweden-based Doro didn’t give up much in the way of specifications, but honestly, for a phone like this it doesn’t really matter – it’s not like the target audience is going to be playing Shadowgun any time soon. And that’s just as well, since it appears that the standard Google apps (including the Android Market) won’t be included in the phone’s software. The PhoneEasy 740 should be available in Europe sometime in the summer.