One of the fun features that Samsung brought to its new flagship devices is the AR Emoji, which brings augmented reality into your emoji messaging game. While you can of course create your own AR avatar, part of the fun is also using stickers of beloved characters, particularly Disney icons. You initially had the big two, Mickey and Minnie, and now you have arguably the next most popular one: Donald Duck. They’re also promising to bring more recent ones like Frozen and The Incredibles but for now, let’s add our favorite mallard.

If you already have Mickey Mouse and Minnie Mouse installed in your device, then it’s pretty easy to add the easily-angered-but-still-cute-most-of-the-time Donald Duck. Just go to Galaxy Apps app and download the AR Emoji update. You can also update it through your Camera app by switching to the AR Emoji shooting mode, tapping on the + button and then tapping on the Mickey thumbnail. It will then take you to the Galaxy Apps where you can download the update as well.

If you haven’t used the AR Emojis on your Galaxy S9 or Galaxy S9+, you’re missing out on the fun. More than just a sticker you can add to your posts and messages, you can create fun animations with it, even using your own facial expressions on the various characters available, including this Donald Duck addition.

Having more AR emojis, especially the newer ones from Frozen and The Incredibles (the sequel is coming out later this year) should entice more people to use it. And while you probably won’t get a Galaxy S9 just for this purpose, it’s still an item you can add to the + side of your pros and cons. 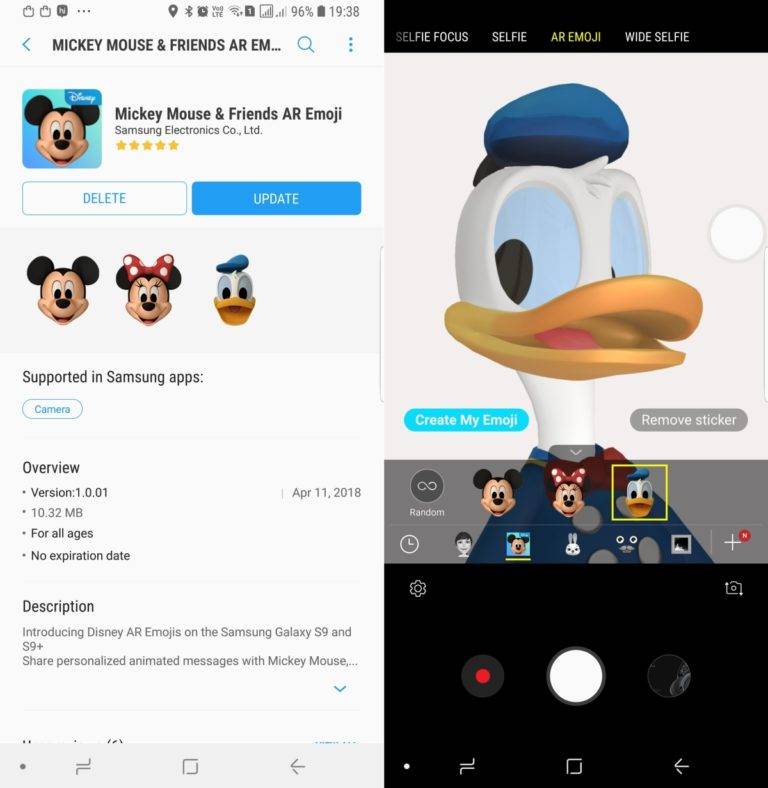