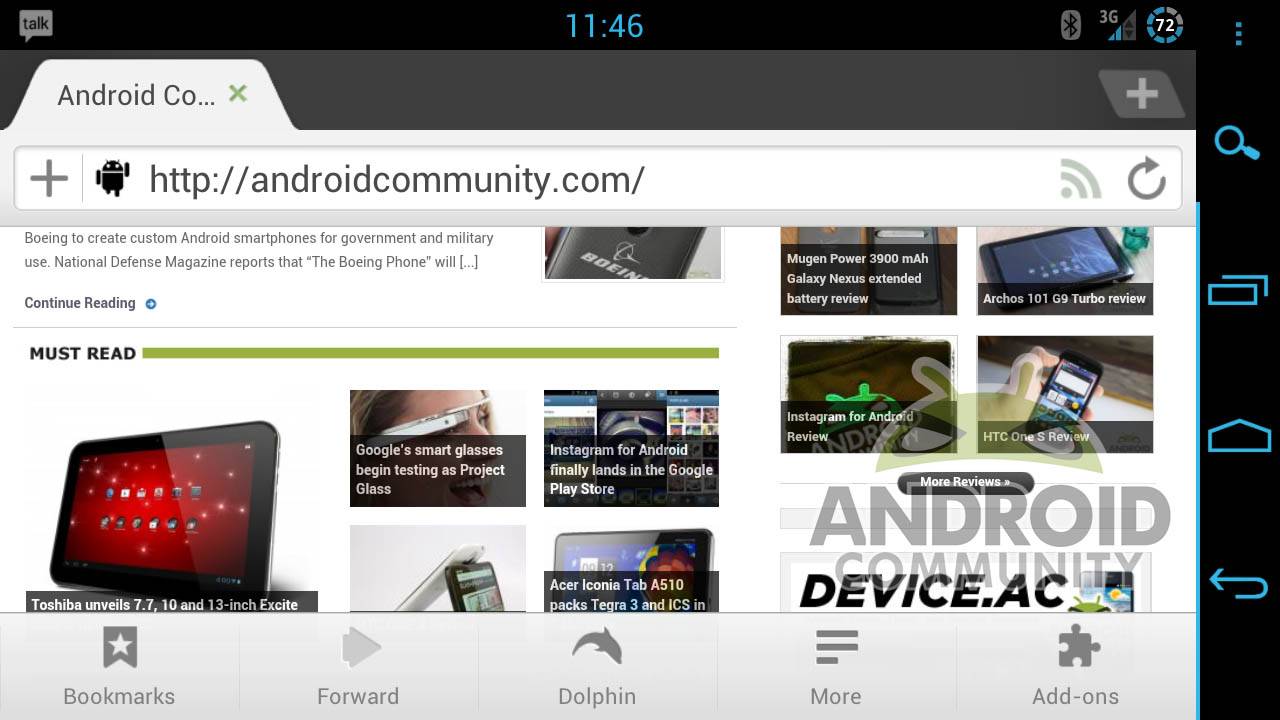 Even with a growing number of browser available on the Google Play Store, Dolphin Browser HD remains a favorite for power users, including those of us here at Android Community. The latest update adds a bevvy of new features, mostly surrounding Dolphin’s evolving user interface. The biggest change is a new menu bar that slims down the old double-row interface and hides a lot of the less immediate menu options behind more stylish icons, allowing users to keep an eye on more of the web window at once. You can download it for free in the Google Play Store.

Dolphin calls the the redesigned menu layout “spring cleaning”. The icons are reduced to the Bookmark bar shortcut, a combined forward/back button, a combined icon for both Gestures and the new voice search feature Dolphin Sonar, the “more” button that expands into the settings menu, and the right-hand menu bar. Refresh has been moved to the top bar and “Exit” is now hidden in the More button. The add-ons themselves get full titles instead of tiny icons, and there’s a new “go to top” button that appears automatically when scrolling up, which avoids backwards scrolling on long pages.

The gestures and Sonar interface get a facelift too, but that’s mostly cosmetic changes. What this update indicates is that Dolphin isn’t sitting on it’s heels – they’re in it for the long haul. A lot of these little changes bring about a minimal appearance and immediacy of function that I strive for when I customize desktop browser like Chrome and Firefox. The fact that the developers of Dolphin are adding them on their own tells me that this is my kind of browser. The “scroll to top” button alone is worth a try for any serious web user.