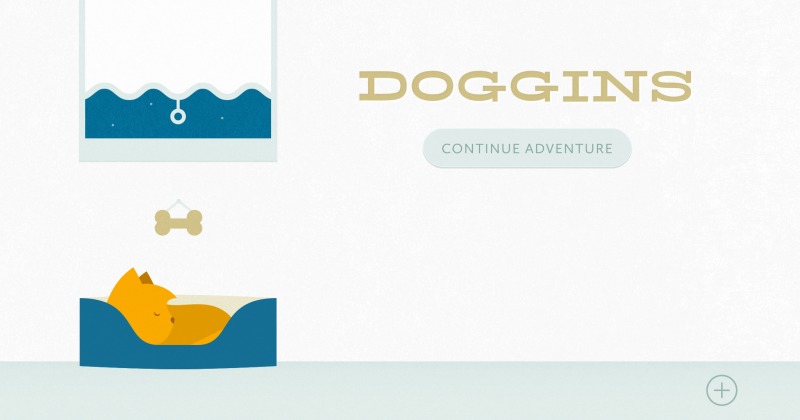 They say that the Internet is like ancient Egypt, with people writing on walls and worshipping cats. There are, fortunately or unfortunately, depending on your proclivities, no cats in this game. Rather, this simple-looking but aesthetically beautiful game is all about a dog. Well, a dog and human history. Or actually a dog, human history, and the maniacal plot of a dastardly monocled squirrel to change the story of human invention. And of course, there will be time traveling involved. No phone booths though.

It would be like a Dr. Who kind of thing, but without TARDIS. Instead, you’ve got a time-traveling house of sorts. Despite the seemingly action-packed plot of the game, there will be no finger twitching or button mashing in here. In fact, quite the opposite. The game is officially described as a “quiet little adventure game”. Those familiar with that genre would know that it’s a type of game that involves more gray matter than muscle, especially since it involves item-based puzzles, the types where you try to pick up items and use them on other objects or mix them up to solve a problem.

Doggins was designed and developed by husband and wife team David and Brooke Condolora under the Brain & Brain brand, working on the game in addition to, or sometimes in place of, their full-time jobs. As such, don’t expect lush 3D environments or sophisticated gameplay. But instead of being a liability, that is the game’s actual appeal. Visually speaking, the game is laid out like a child’s story book, with a more graphic art style than one that aims for realism. The user interface is all touch-based and is minimal to go with the overall feel of the game. The effect is that the game looks and plays out to be calming, relaxing, and something that won’t get you sweating excessively. And that seems to have struck a chord with many in the gaming community, as it has been nominated for various awards, such as the 2014 SXSW Gamer’s Voice Award and Casual Connect USA’s Best Mobile Game.

After making its debut on iOS in March, Doggins is now available on Android, both from Google Play Store and Amazon Appstore. The game, however, carries a $3.99 price tag, which might scare off those who aren’t that much into the adventure game genre or the game’s particular art style. But Play Store’s new 2-hour refund window might be enough to give those interested in the game a taste of what’s to come.