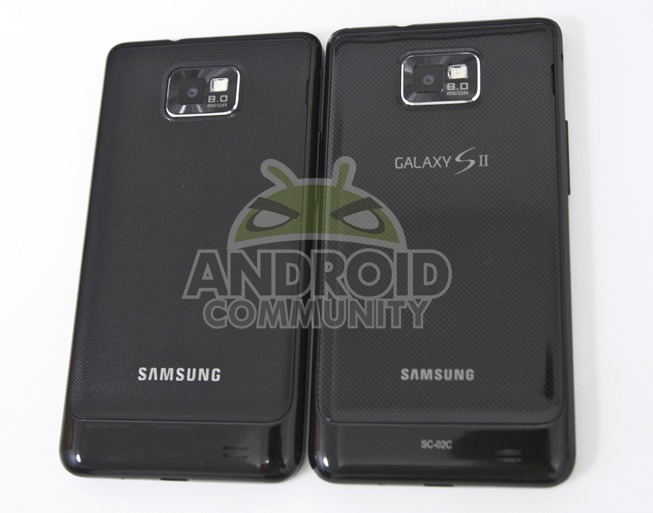 Well wouldn’t you know it, our man in Japan mister Ewdison Then has for us a brief look at the DoCoMo (Japan) version of the most epic handset on the market: the Samsung Galaxy S II! This version of the device is called the DoCoMo SC-02C and it’s got several differences that make it unique to the country and the carrier. Can you see the first big difference? It’s the biggest antenna in the entire world, the entire world completely.

The gigantic antenna enhances and makes possible One Seg TV (aka 1seg.) While pulling out the antenna does help reception, it’s not always necessary to pull it out to watch. The battery, as you can imagine, does not hold up especially well if you’re watching 1seg TV, lasting right around 4 hours at a time, but Ewdi lets us know that it’s awesome nonetheless! Direct TV to your handset – seem like something you’ll want to try out in the future? Maybe watch some History Channel, see what they did before mobile? 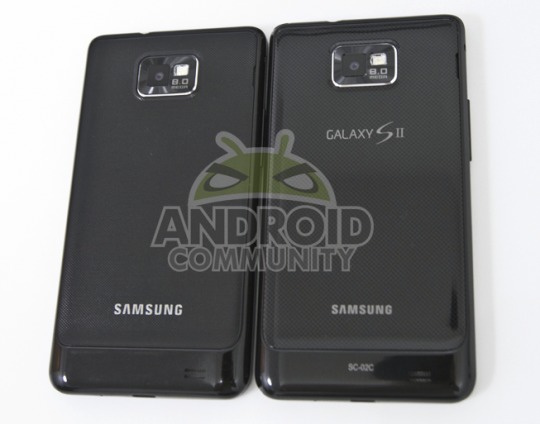 Next, there’s a new launcher. Instead of this device coming out with Samsung’s newest TouchWiz like it’s set to do here in the USA (someday, eventually,) this device comes with a launcher by the name of DoCoMo Palette UI. You can get a full-fledged peek at this launcher in the video below – wish we could run that here!

Beyond that, there a few more cosmetic differences between this and the Euro edition of the device, one being that the MicroSD slot is under the Sim Card slot, another being that the battery cover is different. The battery cover in his DoCoMo edition is thicker and is not compatible with the EU battery backplate. Furthermore, video calling is completely de-activated, in more ways than one.

DoCoMo, the same company that uses Darth Vader to sell the Galaxy S machines in the past – now with some sweet S2 action. Get into it!