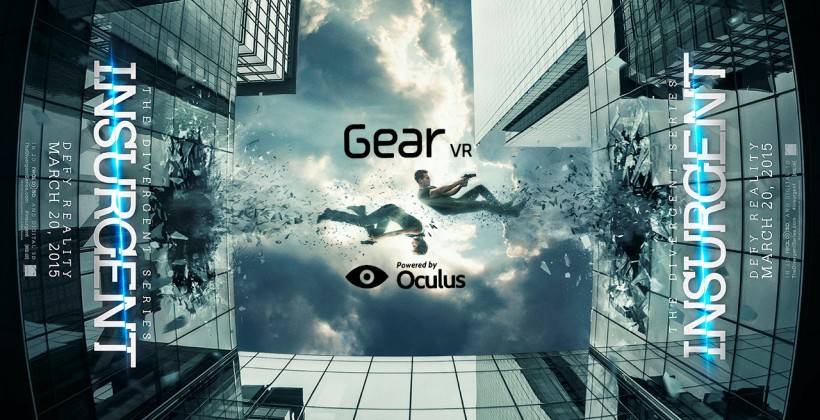 The Divergent book series, together with Hunger Games, has helped herald a new age of dystopian YA fever into the pop culture consciousness. The second installment of the movie franchise is still a month away, but to help hype up excitement for it, a four minute video is coming your way through Samsung’s Gear VR headset by the end of the month. That is, if you’re anywhere near the places where the Insurgent: Shattered Reality experience will go on tour.

Don’t get too excited yet because it’s not the actual movie that you will get to experience on the Gear VR. It’s actually a special video that was created to help you visualize what it’s like to be one of the rebels captured by the Erudite faction and forced into undergoing mental stimulations. Of course if you haven’t read the books or seen the movies this will all sound like Latin to you (unless you actually spoke Latin). But we’re assuming you’re Divergent fans and are pretty interested in what the video will show. It’s a “fully-immersive 360-degree narrative experience” that actually has some of the actors from the movie like Kate Winslet (leader of the Erudite), Miles Teller and Mekhi Pfeiffer.

The experience will go on tour in selected cities like in Chicago, Los Angeles, Austin and San Francisco starting February 27. By March 1, users of the Samsung Milk VR will also be able to exclusively access the media content. If there’s a selected Best Buy near you, you’ll also be able to experience it from March 7-8 as it goes on tour again, in a promotional blitz leading up to the movie’s opening on March 20.

The YA genre, particularly those set in the future, are a good way to market digital products and tie it in with the books and movies . We’re surprised we haven’t seen a lot of those partnerships but maybe if this one will become a hit, then we can see OEMs, specifically those who have wearables or new products, scrambling to tie up with the next big thing in movies and other digital content.