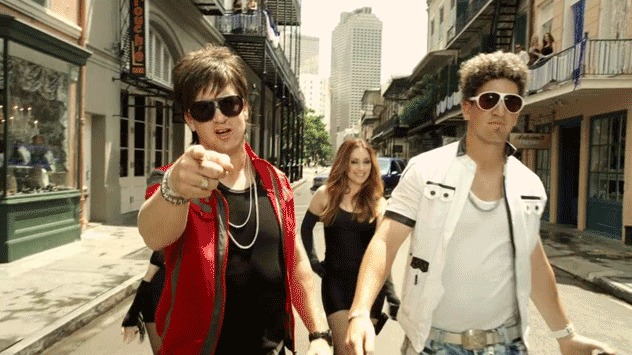 If you are an NFL Football fan like myself, the video below might be the best thing you’ve seen all month. In an attempt to show the world that DirecTV offers live NFL games and streaming to our phones and tablets they’ve paired the nerdy Manning brothers up in their very own rap video. It’s amazing, and you won’t want to miss it.

With DirecTV (which I sadly don’t have) football fans can get access to their favorite teams games, video, highlights and more all with the NFL Sunday Ticket. What’s even better is the ticket allows for you to watch any and every game, not just what your local network is showing. Which is a problem for someone like me being a Packers fan trying to watch Green Bay while living in Vegas. It doesn’t work very well.

DirecTV’s Sunday Ticket solves this issue. Bringing you all the games, and now they’ll even let you watch “Football on your phone” by streaming everything right to our favorite Android devices. Eli and Peyton Manning star in this ridiculous and hilarious new Rap song and video for DirecTV, and that’s all I’m going to say. Enjoy!

Wasn’t that the most ridiculously awesome thing you’ve ever seen? It was for me. It’s worth noting that almost every single phone in the video appeared to be a Galaxy S III from what I saw, and maybe a Galaxy Nexus or Nexus 4 or two. While this wasn’t really Android related, you’ll be happy to know DirecTV will let you get football on your phone, tablet, or computer, anywhere.

The more you know! When my Packers are in the Super Bowl I wonder what device the Manning brothers will be watching it from. I’m guessing a Galaxy S4.