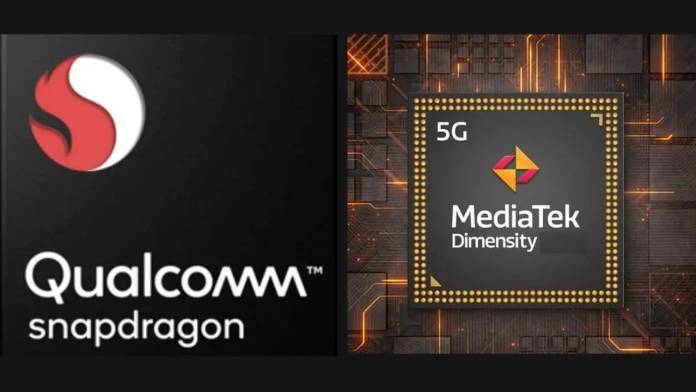 2021 is the year of in-house SoC’s developed by OEMs – Apple’s A15 Bionic processor and Google’s Tensor chipset to be particular. While these two are entangled in a close battle with Qualcomm and MediaTek, things are looking exciting for users who will benefit from the chipset wars. In the latest development, new details of the Snapdragon 898 and MediaTek Dimensity 2000 have emerged. Interestingly, the MediaTek chipset seems to have a definitive edge over Qualcomm as per the results.

According to renowned tipster Digital Chat Station’s recent tweets and Weibo information, MediaTek’s upcoming chipset will be 20 percent better in efficiency than the Snapdragon 898. This is attributed to the three performance cores clocked at 2.85 GHz giving it a performance edge over the competitor.

Snapdragon 898 is going to be built on Samsung’s 4nm manufacturing process and the Dimensity 2000 will be based on the 4nm node. Since the TSMC nodes are better than Samsung, the performance differences is understandable.

The Dimensity 2000 chipset will have the Mali-G710 MC10 GPU which gives it another advantage over the Snapdragon SoC which uses the Adreno 730 GPU. The graphics processor for the Dimensity chipset is over-clocked, so another reason for it to have good gaming performance.

To top it all, the TSMC process is mature in handling power consumption and the amount of heat generated. All this will boil down to how the manufacturers will tune and adjust the performance of the chipset for their devices, and will the Dimensity 2000 SoC come out as a better option in daily usage?

When either of these two chipsets will be unveiled is not clear yet, but going by the release cycle, Qualcomm’s processor is released in December. When will be the MediaTek chipset be unveiled is still unclear at this moment.