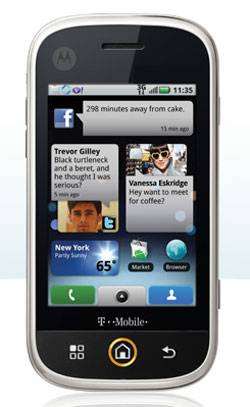 When Motorola held its event this month to introduce its Android handset the Cliq, many expected two handsets to be shown. The reality was that only the T-Mobile Cliq was unveiled leading to some speculation.

A Motorola Android device for Verizon was expected and some that attended the event say that the presentation of the Cliq was unorganized. This has led to speculation that perhaps Motorola and Verizon are in a tiff that resulted in the Motorola Verizon handset not being unveiled at the last minute.

Verizon isn’t talking about its future handset plans, nor is Motorola. Motorola has reported that it is in talks with other carriers to sell the Cliq, perhaps that is the handset that Verizon will end up with eventually.