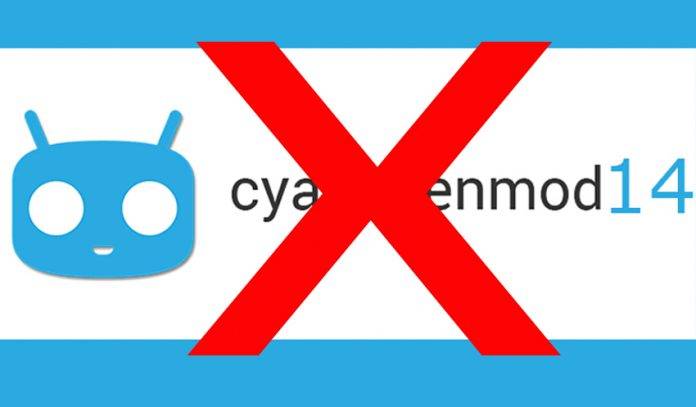 It is with sadness that we bring you news of CM14.0 – the CyanogenMod version that was supposed to bring Android Nougat to the greater Android-using public – it is dead in the water, and development for it has stopped. This is according to CyanogenMod Italy, a fan-based CyanogenMod website, who did not cite official sources, but seems to know about the issue from the inside.

The main reason that development for CM14.0 has stopped is hardware support, or the lack of it. Google, in its bid to harden the media stack of Android and prevent issues like the Stagefright bug last year, has divided the stack in to several different elements. While this is an important step to protect users from hackers and intrusion, it also creates difficulties specifically for devices that use HAL1 (hardware abstraction layer) for the camera, causing serious issues with video recording.

Obviously, CyanogenMod cannot continue on a project “if there is no certainty of having all the hardware working perfectly.” Fortunately, development on CyanogenMod 14.1 – using AOSP for Android 7.1 – is starting. CM is currently trying to find a fix for the HAL issue.

Hopefully, we do get Android Nougat from CM in one form or another. It would not feel right at all that a whole Android version won’t have a CM parallel custom ROM. Continue to watch this space for more info on this.