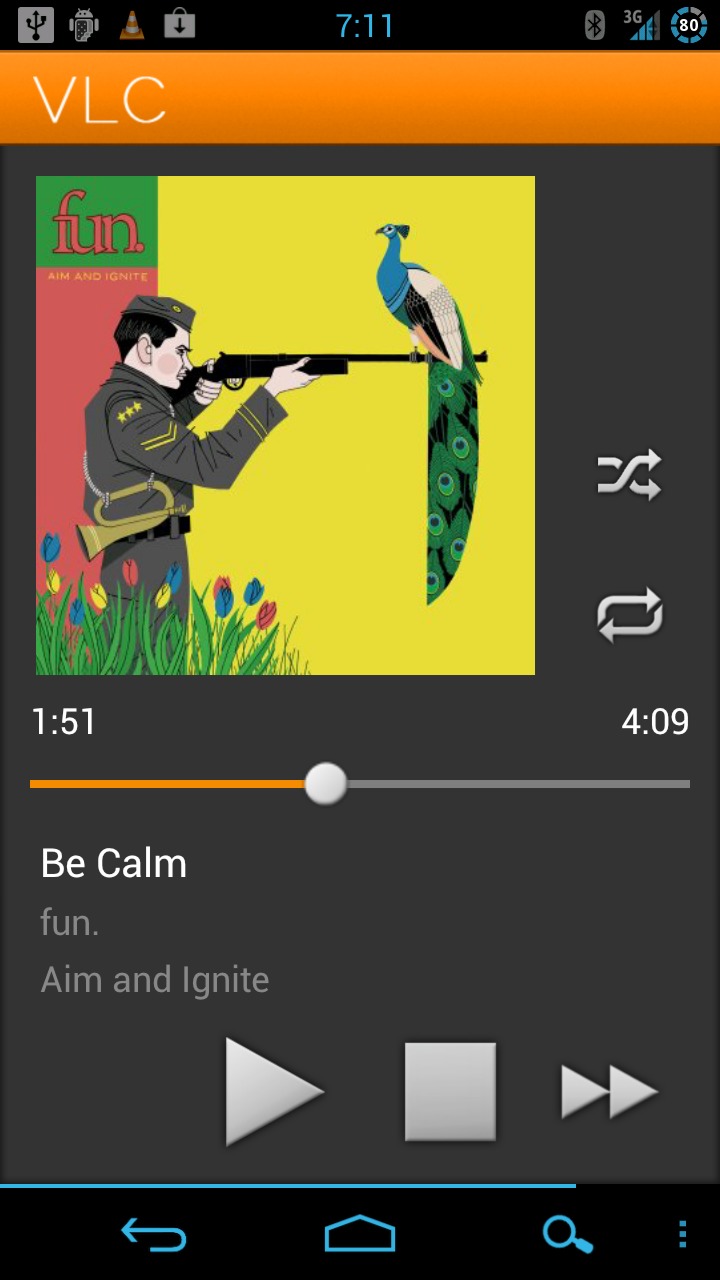 If you’re as adamant about your desktop computer as you are about your Android phone (and if you’re reading this, then odds are pretty good you fall into the latter category) then you’ve probably heard of Video LAN Player, colloquially known as VLC. The Swiss army knife of desktop media players has been on its way to Android for quite some time, but you can try out an unofficial build of the open-source video app now. This version is compiled using published code from the Linux desktop version – a more official app from VideoLAN.org is planned later this year.

Just as you’d expect from VLC, the app handles dozens of file types and codes without complain. The user interface isn’t exactly amazing (par for the course for VLC) but it’s functional and it gets the job done. This breakoff from the VLC code base is currently in its beta release for ARM11, Cortex 8 and Cortex A9-class processors. Video performance is largely contingent upon the power of your phone or tablts CPU/GPU combo, and each one will react differently. But in general terms, the faster your processor is , the smoother your video playback will be at any given quality. Some devices still don’t have hardware acceleration properly configured.

It’s hard to know exactly which version of the beta app you need. Have a gander at this handy guide created by the developers:

The basic interface is actually surprisingly good, borrowing here and there from the stock Music app with the handy addition of a visible index bar. Search functions make finding one song in a thousand pretty easy.  If you’re not sure what kind of CPU architecture your Android phone or tablet has, look it up on Device.ac. Remember that this isn’t a final, or even official release – have fun playing local music and videos, but don’t be too upset if something goes bang.