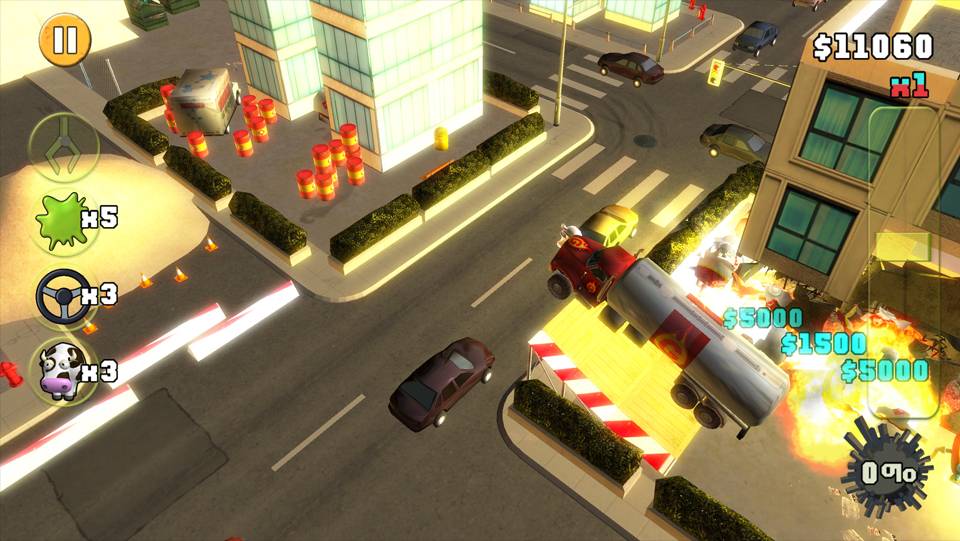 With Android phones and tablets getting more powerful by the day, games will also get better. Many popular console and PC titles have been getting ports to Android and today we have an awesome physics PC game that is headed to Android soon. Demolition Inc. currently available on Steam for PC’s is coming to NVIDIA Tegra powered device next month — and it looks awesome.

Don’t let that cover image above scare you. With exploding cows and more you play as demolition worker Mike that flies around in his UFO causing mayhem and carnage throughout the city. Demolition Inc. is an action strategy game and you’ll have tons of tools and weapons to cause destruction to planet earth. The exploding cows may seem weird, but the video looks awesome.

The gameplay looks like it will get along great with tablets and give users an easy and fun playing experience. With Demolition Inc nothing is pre-animated or predetermined. Everything is completely destructible and buildings will crumble and burn up in flames using lifelike and realistic physics. More video and screenshots can be seen on the NVIDIA TegraZone where they mention sharing and comparing skill levels with friends in the Steam community. Now that Steam is finally available on Android we have a feeling they might be working with NVIDIA in the future for some truly awesome games.