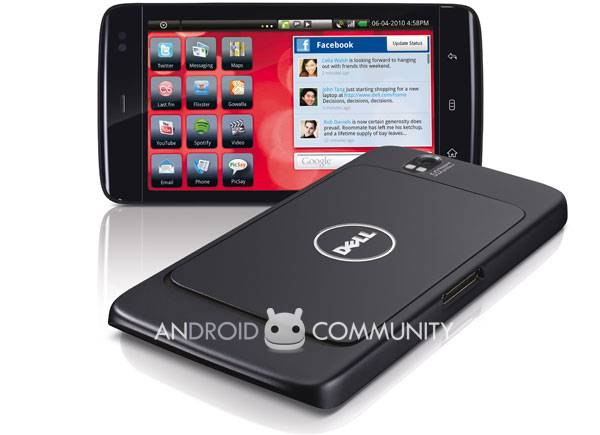 Dell is diving into the tablet market with both feet with a 10 inch Android Tablet as part of their “Dell Means Business” concept which promises the largest product lineup the company has ever launched.  Dell Android  tablet development is fresh off the suggestion that Dell is also creating a Windows 7 tablet in their effort to lure business into the realm of mobile computing beyond smartphones.

The Dell Means Business Product launch includes 39 products which include laptops, tablets, desktops, and workstations.  But the attention today was on the 10 inch Android Tablet and maybe a Windows Tablet 7, Dell is also showcasing the Dell Streak 5, 7 and Venue and Venue Pro smartphones.  There aren’t a lot of details, but speculation is that the tablet will run Android 2.2 (Froyo) to begin with and the Stage UI overlay.  That seems a little behind the power curve since Android 3 Honeycomb is the flavor of the month with the tablet scene. 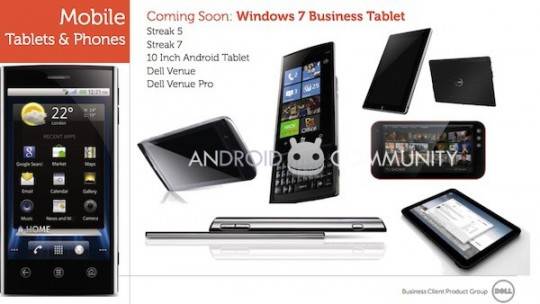