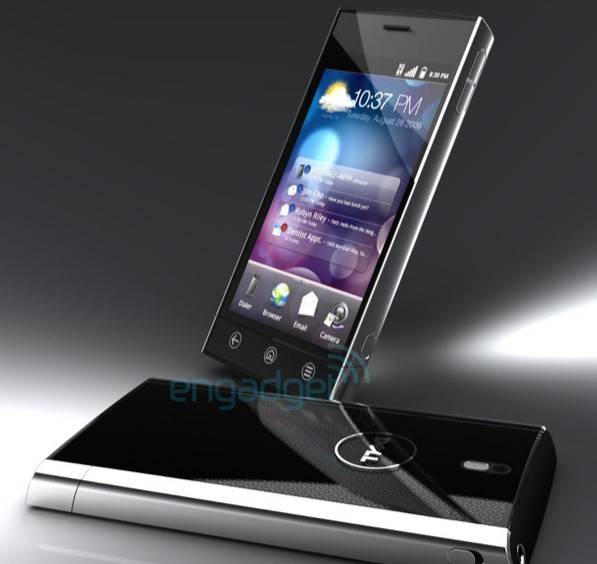 The second leak of future Dell Android devices comes in any color you like long as its black (car guys gets this). This phone will be called the Thunder and with it comes a new UI made by Dell called Stage. Like the last leaked phone by Dell, there’s good news and bad news with this device as well.

This phone is promised to feature Flash 10.1 and it will include its own Hulu app. Not much is known about how this app will work, my guess is it will function similar to the YouTube app that is included with Android. It has a 4.1 WVGA OLED screen. And like most new phones, it will be heavily social network integrated. Not much else is known about the specs, it should be packing nothing less than a 1GHZ type CPU and 512 RAM at the minimum. This phone is set for a release on AT&T, yes AT&T later this year and an LTE version will follow it sometime early 2011.