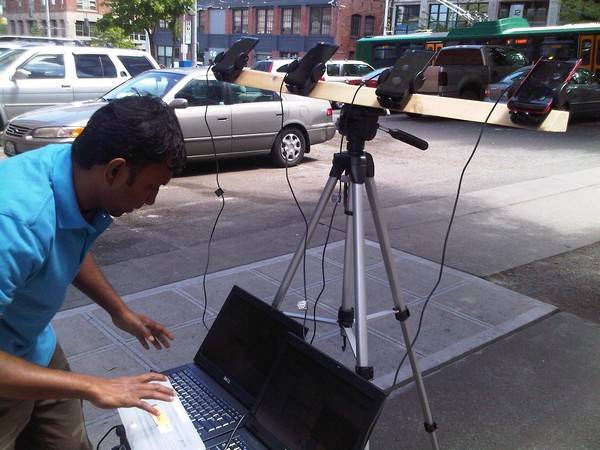 Ever wonder how mobile devices get tested on a particular wireless carrier? Take a good look at the image below then, and soak it in. While we’re sure that this isn’t the way every wireless carrier tests upcoming handsets, but it’s definitely one of the more interesting methods. Especially the wood. It’s got a Do-It-Yourself appeal to it, doesn’t it?

For one Seattle Times blogger, who goes by the name Brier Dudley, his lucky day was definitely today, as he just happened to walk by this lovely gentlemen playing with four Dell Streaks, apparently testing them to work on AT&T’s 3G network. He was also making sure that they could send accurate e-911 information, which is pretty important. We can’t help but keep staring at that red Streak, because it’s definitely shiny. In any event, no word on how the testing went at the time, but if everything went well, we should be just a few weeks away from an official announcement. We’re excited. Are you?