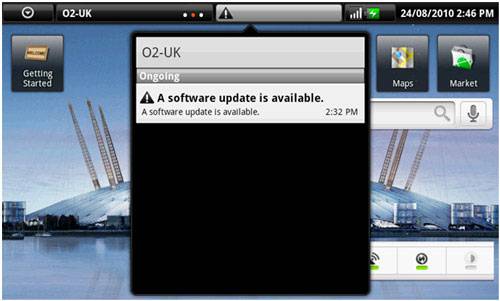 So the Streak is way behind on 1.6 and Dell has been saying that they will update it to 2.1. O2 has released the update now and we would not doubt that anyone would want to wait very long to install it. There are some instructions to doing the update and you will loose some of your data.

Any data that is not stored on the SD card will be lost during the update and all the the apps will have to be reinstalled through the Marketplace. You always have the option, to download an app in the Market that will backup all your SMS messages, contacts, and other important information.

To get the update started you can go into settings, then about phone, and system update on the device. Once they update is has been downloaded, then the user will be prompted to install the update. From there, you should be good to go in about 15 minutes. We know, its not 2.2 but it is a lot better than 1.6.