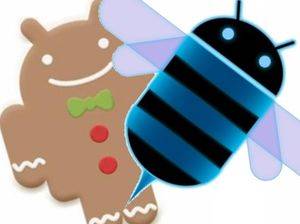 While Ice Cream Sandwich may be the hero to unite the tablet and phone branches of Android that exist right now, it turns out there may have already been a less elegant fix in place. Owners of the Dell Streak 7 have confirmed that if they change certain what the screen’s pixel density is listed as in the build.prop file, they are greeted not by Honeycomb’s familiar holo theme, but a giant Gingerbread UI after a reboot.

Now don’t ask me why people were changing the listed LCD density in their build.prop, but the fact stands its a weird “Easter egg.” It’s unconfirmed why Google included this in Honeycomb, but my personal guess is this is a relic of attempts to make Honeycomb portable to phones. Obviously this was never implemented, but maybe it was left in as a backup in case anyone tried porting Honeycomb to a phone against Google’s wishes.

As you can see in the video above, the UI is actually an unholy combination of Honeycomb, Gingerbread, and FroYo. The unlock screen seems to be Gingerbread, and the system app icons are the familiar green ones from phones running stock 2.3, but the launcher itself, as well as the status bar and notification tray are definitely FroYo, featuring the rounded corners and gray theme of 2.2. Even more confusing is that, at least when powering down, a Honeycomb style menu is presented to choose airplane mode or shut down.

A neat trick, but far from the fix that we all await anxiously for Ice Cream Sandwich to bring. Good to know Google has been working on a solution unifying tablets and phones already though.