The last Dell tablet we saw was the Dell Venue 8 7000. It was impressive enough with Intel being used inside but looks like Dell wants to make it better with the new Dell Venue 10 7000 tablet. It’s a new tablet meant for the business enterprise market that can be easily converted into a netbook with a custom keyboard folio. We’ve seen similar models in the past but Dell’s latest razor-thin entry into the tablet-netbook market could be a big thing.

The Dell Venue 10 7000 is an improved Venue 8 7000 which recently received an Android 5.0 update. It almost has the same specs, screen resolution, and the same RealSense camera but it looks a bit different. On one side is a big and bulky edge which Dell calls a ‘barrel edge’ that holds the tablet as a seat. It’s also where the battery and front-firing stereo speakers are located and it is where you connect the tablet to a keyboard stand. The tablet completely transforms into a Dell netbook running Android 5.0 Lollipop. We have no idea if Android matters in enterprise but Dell seems to think so with this product. 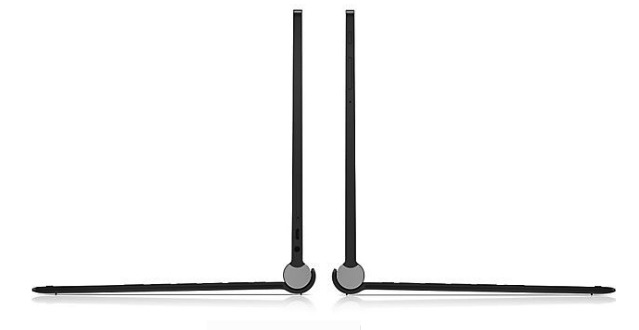 Dell’s Android tablet will be available in the United States, Canada, and China starting May with a $499 price tag. It’ll be $629 if you want a keyboard folio to go with the tablet. Office for Android will also be coming to the Venue 10 and 8 7000 tablets this summer according to Dell.