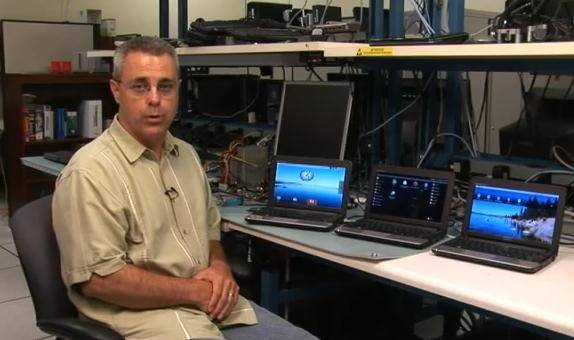 Android OS 1.5 Cupcake hasn’t even had its official release onto G1 handsets in the US, but that hasn’t stopped Dell from experimenting with the open-source OS on their latest netbook.  The Dell Inspiron Mini 10v packs the usual mixture of an Intel Atom N270 processor, 1GB of RAM and a 120GB hard-drive, but Dell normally fit it with Windows XP Home.

In this video demo, however, Dell’s Doug Anson shows the Mini 10v running three different platforms, including Cupcake.  There’s little detail, sadly, but he does say that it’s a “small, snappy” OS and that it “runs fairly nicely”.

Sadly Anson also reiterates that Dell have no “announced product plans with the Android environment”, but the fact that they’re testing it and with seemingly decent results does bode well for the future.  The Inspiron Mini 10v retails from $299 in the US, and is available to order now.