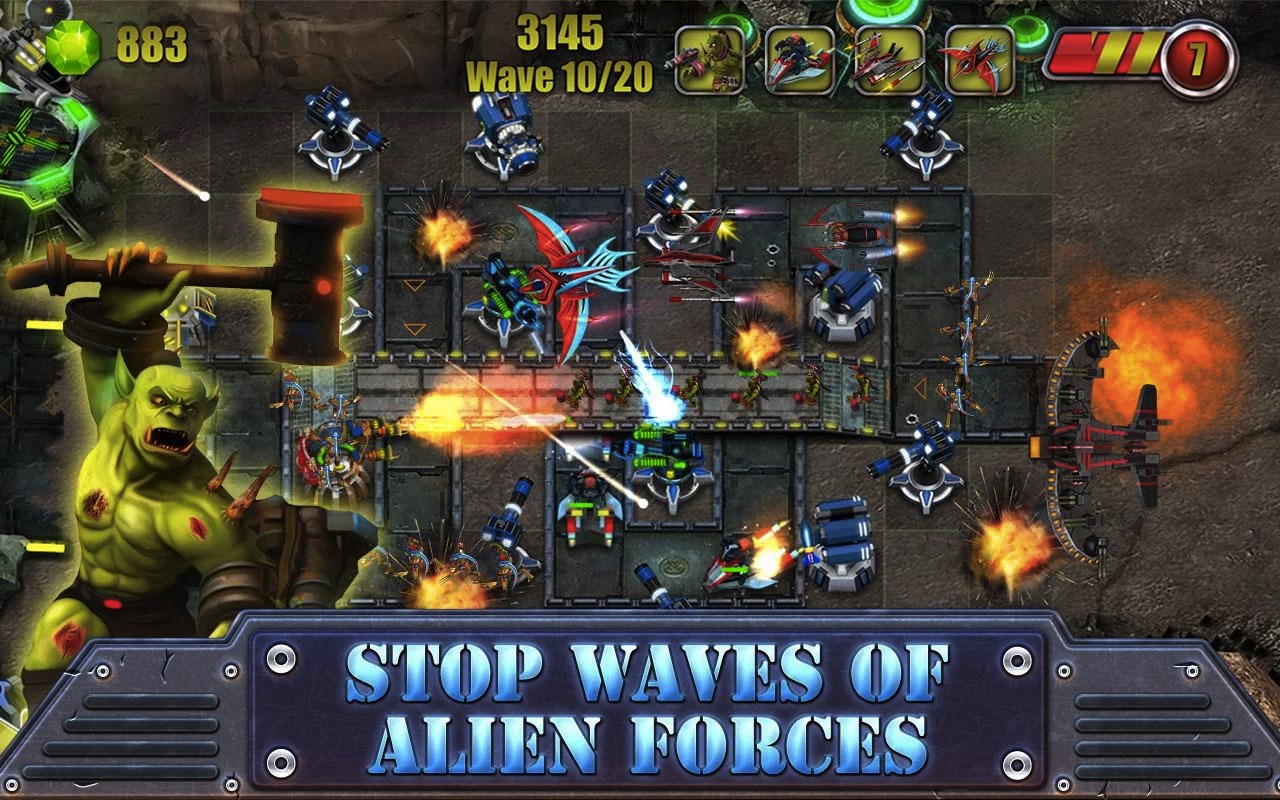 Here’s a new tower defense game that will make you playing for hours–Moon Tower Attack. It’s a strategy game set in 2.5D, on the moon where you need to defend and protect your base from the enemies’ endless attacks. You’re given a lot of towers and weapons to use so take advantage of every power, skills, or gear you’ve got in this game.

Moon Tower Attack will surprise you in more ways than one. Just when you think you’ve mastered the gameplay, enemies will attack from nowhere so they can go to your base and take over. You need to defend your towers by upgrading them. You have to collect more coins, points, and resources to help you plan for battle against enemies that seem to get smarter than ever on each level and wave.

The moon base’s salvation will depend on how you fight and strategize in this epic tower defense adventure. All 20 levels are challenging but your weapons from a bunker to flamethrower to a lightning gun–all of these can help you finish the whole game in three different and difficult modes.

Game supports eight languages so those who speak German, Japanese, Chinese, Russian, Dutch, Italian, Spanish, and French can also play ‘Moon Tower Attack’ in a language you’re most comfortable in.