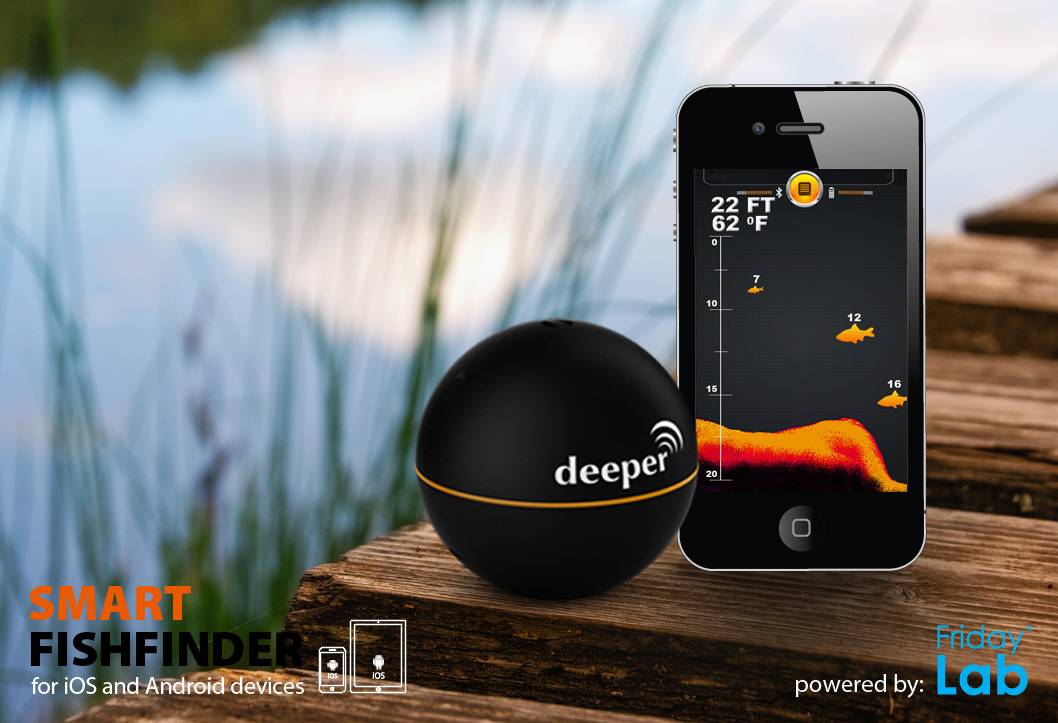 For all you Fisherman or Anglers out there we have an awesome new Kickstarter project you’ll surely want to check out. It’s called Deeper and these guys have developed the worlds first smart fishfinder for smartphones and tablets. This is perfect for all Fisherman, and would make a great gift for Dad once they finally start shipping. This awesome gadget is up for pre-order now for just $149.

Deeper works on Android or iOS, on phones and tablets, and is pretty impressive to say the least. This sonar based gadget will show you where all the fish are hiding and help you get the catch of the day. Deeper is a small tennis ball-sized high-impact polycarbonate shell that is packed with technology. Using sonar to detect fish around it, and bluetooth to transmit and display the data on your smartphone or tablet. With 6 hours of battery life and a range of 160 feet I’d love to give one a try.

Once paired with your smartphone or tablet, Deeper becomes a fisherman’s personal assistant. While it might not be as advanced as some of those expensive Fishfinders it surely does many of the same things. The bed of the pond or lake is reflected by sonar’s emitted waves then the information is sent to your device allowing you to learn about not only where the fish are and how big, but the water temperature and depth too.

Once paired with their mobile app that will hopefully be available late July or early August (if the project gets enough funding) this will be a perfect fishing companion. For more details you can head to their Indiegogo page, which is similar to Kickstarter and make a donation today.