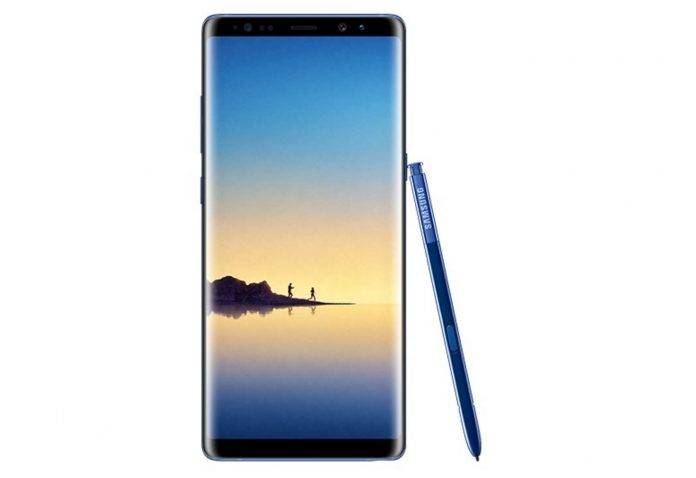 Have we run out of things to talk about the Samsung Galaxy Note 8 before its official announcement on August 23? Well as we’ve seen over the past few days, apparently we won’t. The latest one that’s being discussed now is a leak from Evan Glass aka @evleaks, who from his Twitter name itself is obviously a good source of leaks for anything about to be launched. He has posted a render of one of the supposed colors of the soon to be launched phablet and it is in Deep Sea Blue.

The leak shows the front side of the color variant, and if it turns out to be real, then one of the previous rumors is apparently true: the S-Pen will match the color of the device, at least in this Deep Sea Blue rendering. But from this angle, you can’t really see what the color is, since the bezels above and below the Infinity Display are black. It looks like the back cover is the only one that’s gonna indicate the color of the smartphone, as well as the S-Pen.

While the Galaxy Note 8 seems to resemble the Galaxy S8 and the Galaxy S8+, there are slight differences, at least from the front view. Instead of curved corners, we actually have curved sides. The corners are still a bit curved but not to the extent of the current flagship devices. The physical buttons are the same though, with the power/lock key on the right side and the Bixby and volume up/down buttons on the left.

We’re just a few days away from the official unveiling so we’ll find out whether the most persistent rumors and leaks are actually true. We will also know what colors will be available for the Galaxy Note 8.