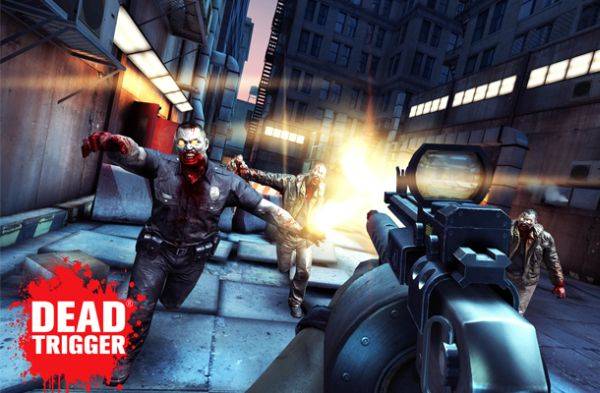 Early last month we shared a few details about an exciting upcoming Android game called Dead Trigger. This first person arcade-style zombie shooter was set to arrive today in the Google Play Store, but we are now hearing it is “expected” to launch tomorrow for only $0.99 from MadFinger Games.

MadFinger Games are the developers behind one of the best Android games to date — Shadowgun. Between partnering with NVIDIA for Tegra 2 and with Dead Trigger Tegra 3 support, this game should be amazing. Blasting hoards of enemy zombies as they take over the city. The wait is almost over so here’s the teaser trailer:

The graphics and gameplay are awesome, especially coming from MadFinger, and you can expect them to be even better running on NVIDIA Tegra 3 powered devices. We can expect a THD version to arrive on the NVIDIA Tegra Zone too once the game launches worldwide. Playing this on the Transformer Prime or my shiny new Nexus 7 should be a blast.

You can kill, or be eaten by zombies in this epic looking arcade-style shooter. It was supposed to launch today but expect it to arrive tomorrow in the Play Store for all. We’ll be sure and update once we hear more or when it launches. Expect a full review coming soon too.