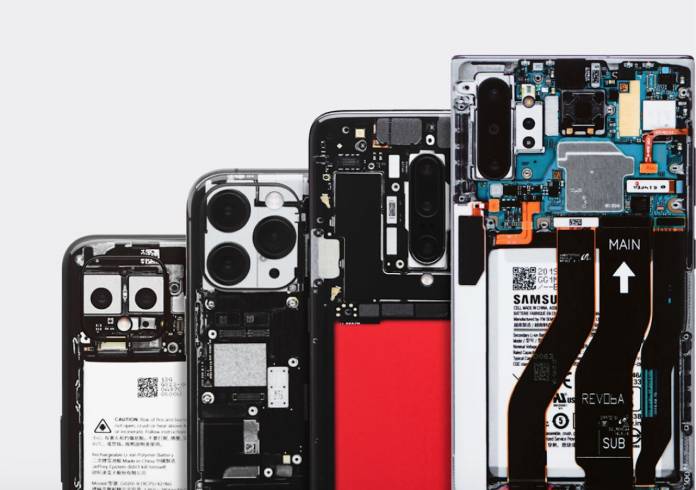 If your preference in design is more industrial and barebones (literally), you probably enjoy those teardown videos and even downloadable wallpapers that go around the web especially when a new device is released. dbrand has taken it one step further and has teamed up with noted teardown expert YouTuber JerryRigEverything to come up with a Teardown see-through skin that is supposedly almost an exact replica on what’s inside your device. This skin series is available for a limited time only.

The Teardown skin used a special print based on what’s actually inside your smartphone. dbrand says the image is actually a “99% accurate representation” of the internal workings on a specific device, from the battery to the chips to the camera sensors. It gives off the illusion that your phone is transparent, which makes it pretty cool and industrial looking, if you’re into that kind of thing.

If you’re not familiar with JerryRigEverything, he’s one of the most popular YouTubers who gives reviews, stress tests, and teardown videos of the latest devices out in the market. So he knows a lot about what that would actually look like. They used “the most advanced scanner in the world” to create internal scans that were very detailed and achieving that 99% accuracy they’re boasting about.

They have skins available for devices like the Samsung Galaxy Note 10+, Galaxy S10, Galaxy S10+, Galaxy Note 9, Galaxy S9, and Galaxy S9+. Don’t worry it’s not just Samsung that’s with the teardown party but you also have skins for the Pixel 4, Pixel 4 XL, Pixel 3, Pixel 3 XL, OnePlus 7 Pro, OnePlus 7T, OnePlus 6T, OnePlus 6, and even the Nintendo Switch and its Joy-Cons. Aside from just the phone, the skins are also available if you’re sporting the dbrand Grip case.

You only have a limited time to buy these skins so you better decide now. You can get them at the dbrand online shop and each skin is priced at $19.95 while the skin for the case is at $14.95 each.