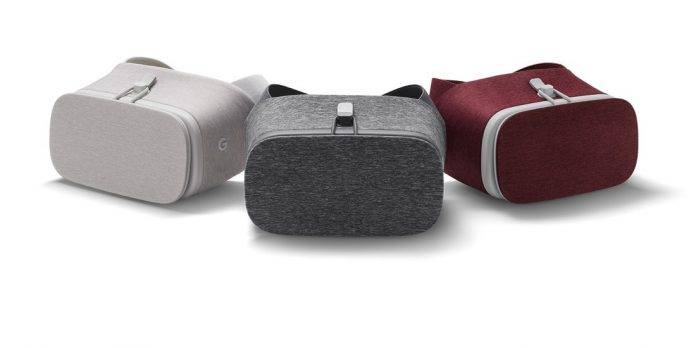 Google’s Daydream View is getting a new look. Well, it’s not yet a redesign but just new colors. This is the first-ever Daydream VR-powered virtual reality headset that brings Android users to the virtual realm. It’s still a new product that directly rivals with the Samsung Gear VR but since it’s from Google, we’re expecting it to be as popular. It’s far from the HTC Vive or the Oculus Rift but it can be a bestseller.

The Daydream View first came out in gray. This Slate color is now joined by the Snow and Crimson variants. The Snow isn’t pure white but it can get dirty easily. Crimson isn’t all red too but more like maroon.

The Daydream View in Snow or Crimson is now listed at the Google Store but still on pre-order. Feel free to place your order online and be ready to play games like you’re there, enjoy VR cinema, and explore new worlds according to Google. A convenient and comfortable virtual reality experience is possible with this immersive VR headset.

Daydream View is available for only $79. The VR headset is compatible with some of the latest flagship phones like the Pixel and Pixel XL and Motorola’s Moto Z and Moto Z Force.