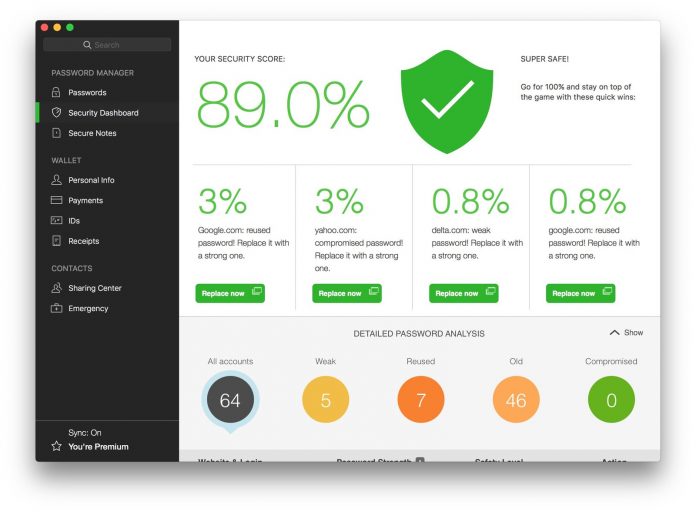 With the sheer number of forms and log-ins on sites and apps that we encounter every day, whether on mobile or on your desktop, you will eventually need an auto-complete and password manager in one. Dashlane is one such service and now the app has been updated to version 5 and for the first time, you can access it on Linux (on Chrome and Firefox), Chromebook, and Microsoft Edge. And you don’t need to run a separate app now as it now has a brand new web extension so you can use it on any browser.

Aside from the fact that you can now use it even without the app and being a feature-rich version at that, you also get a modern and light design and more discreet web elements. Their DashIQ tech, which is now also included in Safari and Android browsers, now autofills and logs you into more websites, more devices, and more accounts. This is especially useful when you’re logging on through mobile devices as filling up fields can sometimes be too annoying on a small screen.

Dashlane also supports personal and shared accounts that require two-step authentication. It will generate a unique six-digit security code every 30 seconds and it can be stored and displayed inside your Dashlane. Web app users can also now add, edit, and remove passwords and notes, and also add credit cards. The app also now has support for Android Oreo users so you can also now have automatic in-app log-ins.

The updated Dashlane app also now has support for four new languages: Dutch, Swedish, Chinese, and Korean. You can use the password management app for free on one device but if you want it to sync to multiple devices, you need to pay $39.99 per year.