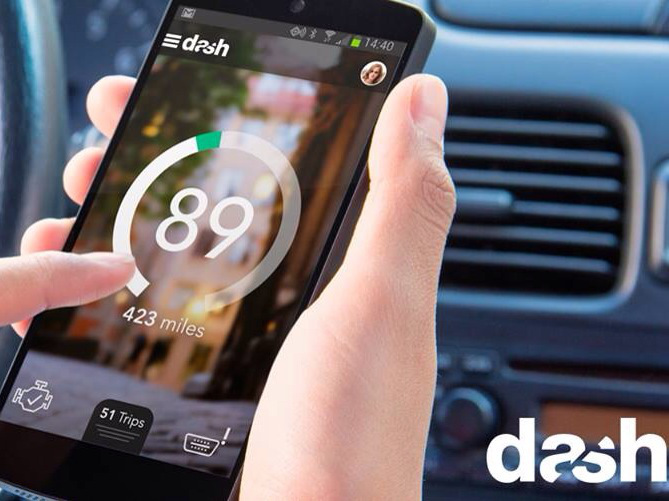 Dash, the connected car app/hardware tandem is now available for Android. The service aims to offer you a glimpse into your driving habits, as well as offer timely solutions to bothersome issues. The app brings a host of features, but also has the benefit of not needing one particular hardware device to pair with.

There are several connected car devices on the market, perhaps most notably Agent for iOS. Dash has a few neat features that set it apart, though. Like others, it will track trips, gas consumption, find nearby gas stations, and detect crash data. Those are fast becoming the standard for app/device combos like Dash, but Dash takes it a few steps further.

In addition to not needing proprietary hardware (though they recommend it, naturally), Dash has an “in transit” mode in an attempt to make you a better driver. By sending alerts when you brake a bit too hard or maybe swerve quickly, Dash can help to give you pointers to clean up some possibly bad habits. Rather than being the annoying app that tells you all about yourself, Dash makes it socially competitive. A “Drive score” pits you against friends, or other nearby drivers, to see who’s the best driver around, according to their metrics.

The Dash team also note that their derive is just the beginning of something bigger, too. They are working on targeted ads for your drive, and also an iOS app. The team has also released their API to allow for other devices to work with Dash, giving it the potential to be your in-car solution for a variety of things.