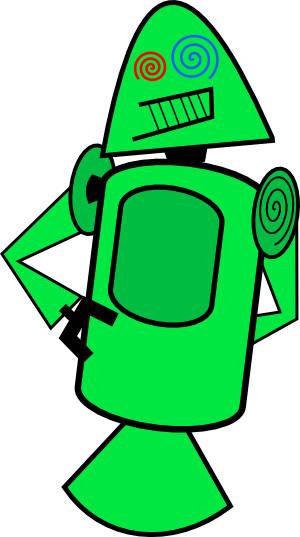 Back in 2007, it was impossible to know that Android was going to blow up and become as huge as it is today. In fact, for quite some time, it was impossible to know if Android even existed, as Google kept quiet on the flood of rumors until it came time to officially unveil the mobile OS. In the lead up to this announcement, we imagine many things about Android changed, and today Google’s Dan Morrill is giving us a look at a canned Android mascot he thought up in the rush before the company launched the first iteration of the OS we all know and love today.

Believe it or not, that guy you see above was almost Android’s mascot – a far cry from the Bugdroid that has worked its way into out hearts over the years. Morrill explains the creation of these robots, which have come to be called Dandroids, on his Google+ page. Apparently, these Dandroids were born out of a last-minute need to have a mascot for the internal developer launch of Android:

My job was developer relations, but I took a much-needed break of a couple hours and spent some quality time with Inkscape to create these… things.

See, we were prepping for an internal developer launch (meaning, we were going to ask Googlers to start fooling with the APIs and give us early feedback), and I had no eye candy for the slides we were putting together. Hence these guys.

Even though the Dandroids experienced a period of popularity around Google’s offices, that all came to a screeching halt when Irina Blok introduced the Bugdroid, which would ultimately become Android’s mascot. We have to be honest and say that we like ol’ Bugdroid a fair bit better than these Dandroids, but it’s interesting to learn that these guys were almost the Android mascots nonetheless. 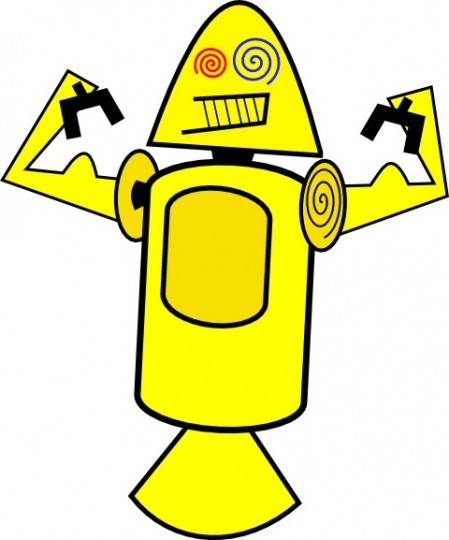 It would seem that Morrill put a significant amount of work into these as well, posting pictures of Dandroids in red, yellow, green, and blue. Morrill says he found these images while cleaning out an old NAS, so perhaps there are more fascinating tidbits from the early days of Android hidden away on that server? One can only hope. In the meantime, let us know what you think of these Dandroids!